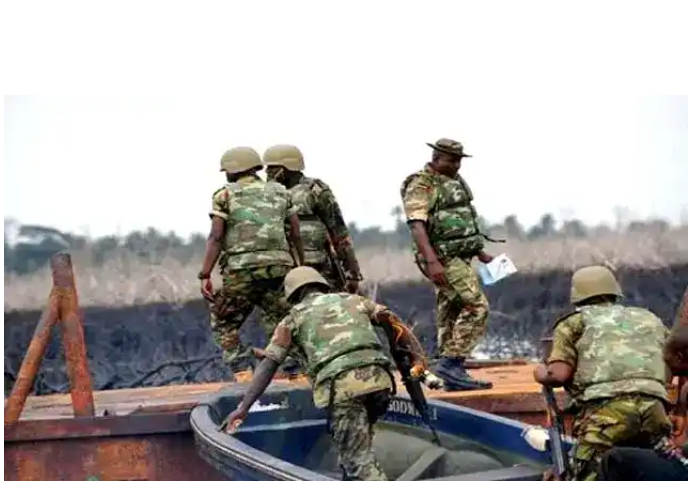 Reacting to inquiry, Base Operations Officer of the Nigerian Navy Forward Operating Base, Ibaka, Lt Cdr Samuel Olowookere, has described as surprising, reports that over 700 pirates invaded Ibaka fishing community, adjacent the Naval base.

According to the report, five fishermen were kidnapped,while nine boats were seized during the operations.

The report also stated that fishermen bribe Naval personnel to protect them against militants at the high sea, but get nothing in return for such patronage.

The Naval officer said, “I will just quickly point out key points . First, is the issue of over 700 sea pirates invading Ibaka. I am not sure the base will be functioning by now, if over 700 pirates invaded Ibaka. By now, maybe I would have been dead because they would have over ran everything living within this area.

On allegation that the fishermen contribute money for protection, but get nothing in return, Olowookere, said: “No fisherman during the period of our stay here or prior to our stay here pay Nigerian Navy.

“They have had occasions where their boats capsized at sea, where the Base has been prompt in providing them assistance at no cost. In fact, of recent, there was one that we did less than five months ago, where one of their boats had issues.

“They promised to give the base three drums of fuel which we vehemently rejected. We don’t collect money for work. We are here for fishermen and legitimate users of the waterways, so, our responsibility is to protect the fishermen and other persons that use the waterways as a means of transportation or as a mean of economy activity.”