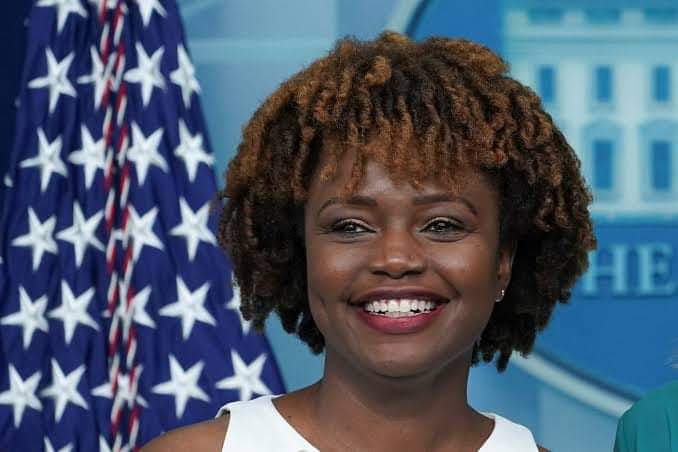 Jean-Pierre, who would also be the first Lesbian, Gay, Bisexual, and Transgender person in the role, would replace Jen Psaki, under whom she serve.

Biden also announced that Anita Dunn would return to the administration as a senior adviser and assistant to the president. Psaki’s last day will be May 13.

Jean-Pierre was born in Haiti and immigrated to the U.S. as a child, growing up in Queens, New York. She has served as deputy press secretary since the start of the administration and has filled in for Psaki behind the White House podium and briefed reporters traveling with the president.

44-year-old Jean-Pierre, has a daughter with her partner, a Cable News Network journalist.

Prior to joining the White House, Jean-Pierre served as chief of staff for vice presidential nominee Kamala Harris during the 2020 campaign and was the national spokeswoman for MoveOn.org during the 2016 election. She previously worked on both of Barack Obama’s presidential campaigns.

When asked what her message was to young people who aspire to be in her position, Jean-Pierre said it was to “follow your passion, follow what you believe in and just, you know, keep that focus, because that matters. I think if you are passionate about what you want to be, where you want to go and you work very hard, it will happen.”