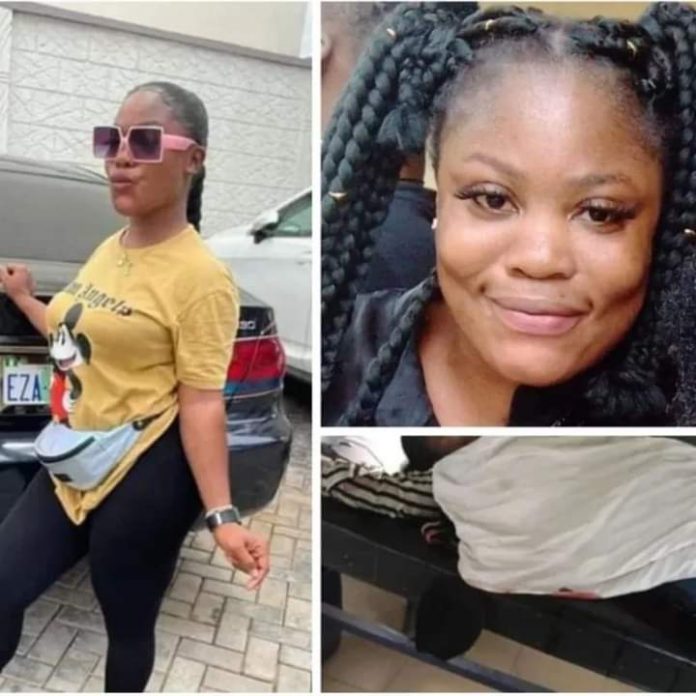 A stray bullet has killed a young woman identified as Chinenye Ajunwa in Ebem Ohafia, headquarter of Ohafia Local Government Area of Abia.

Soldiers and gunmen were engaging in a gun duel in the community when a stray bullet hit Chinenye on Wednesday, August 17, 2022. 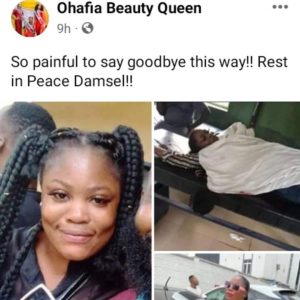 At least three others, including a yet-to-be identified soldier, who was serving at 14 Brigade Headquarters, Goodluck Ebele Jonathan Barracks, Ohafia, were also killed.

According to The Nation, the soldiers were responding to a distress call from one of their colleagues who escaped being killed in Ebem community.

The rescued soldier had gone to Ebem market to buy groceries when he noticed that he was being trailed by some armed men.

A source said: “He heard when the gunmen were asking about a soldier that Okada just brought and quickly hid somewhere, and from his hideout he sent an SOS message to the Brigade.”

Soldiers were mobilized for his rescue and the gunmen engaged the soldiers.

Two of the gunmen were killed.

It was while the soldiers were on patrol in the community, after rescuing the other soldier, that they discovered that the gunmen had killed a soldier in the same community.

Chinenye, who was in her shop with her father during the gun battle, was struck by a stray bullet.

The deceased, said to be from Amuta in Isuikwuato local government area resident in Ohafia, d1ed before help could get to her.