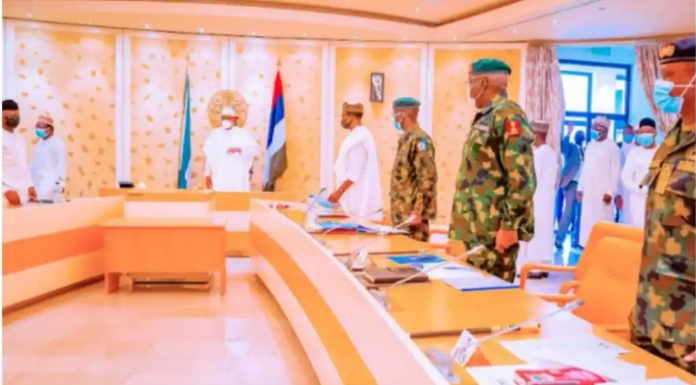 Reportedly the train was conveying about 950 passengers from Abuja to Kaduna at about 7.45pm when the attack happened.

The Chief of Army Staff (COAS), Lt.-Gen. Faruk Yahaya had on Tuesday visited the scene of the attack, where he ordered troops to intensify search and rescue operations as well as hunt down the terrorists.

Vice-President Yemi Osinbajo also visited hospitals in Kaduna on Tuesday where injured victims are being treated.

But President Buhari, as part of his reaction to the incident, dialogue with all the service chiefs, including the Inspector-General of Police, Usman Baba and Director-General of the Department of State Services, Yusuf Bichi.

The Kaduna-bound train, which left Abuja 6pm on Monday, was attacked by suspected terrorists around 7.45 pm, with just 15 minutes drive to Kaduna.

Kaduna State Commissioner for Home Affairs and Internal Security, Mr Samuel Aruwan, on Tuesday, said the train had been secured by military personnel, and that government had evacuated passengers on board.