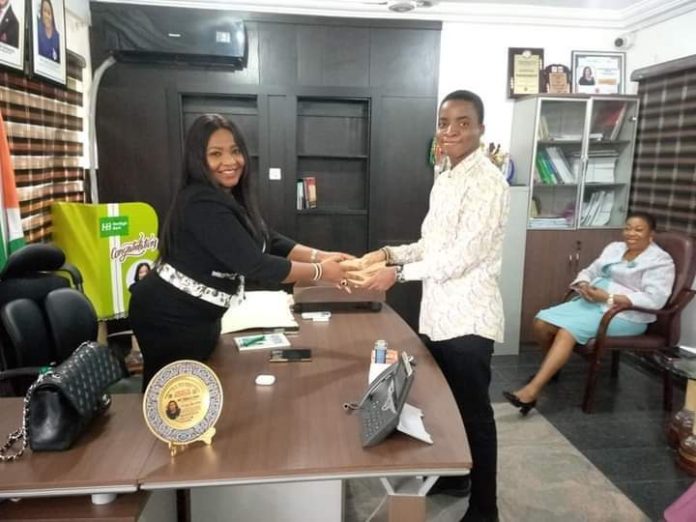 Valour Mbre who attended the Top Faith School Mkpatak in akwa Ibom scored 345 and parallel ‘As’ in the UTME and WASSCE respectively. 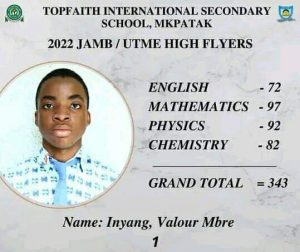 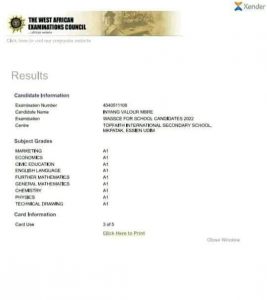 The honourable commissioner for Education, Mrs Idongesit Etiebet gave the assurance on Monday, when she hosted in her office in Uyo, the promising young boy and his father, Pastor Mbre.

In a statement issued on 16 August by the Ministry of Education and made available to newsmen, Etiebet congratulated the youngster Valour for the outstanding performance and commended him for showcasing the state positively. She said the state government will consider scholarships for the student when he gains admission into the tertiary institution.

On his part, Valour Mbre appreciated the state Governor, Mr Udom Emmanuel for creating enabling environment for education, the Education Commissioner for her constant monitoring exercise as well as his parents for the care and sponsorship through the secondary school.

He went further to adviced students to be focused in their studies, forsaking distractions from social media and peer groups. The young star who promised to continuously make his parents and the state proud, asked for God’s guidance in all his future endeavours.

Similarly, the commissioner also received a Fulbright fellowship Awardee, Mr Ephraim Inyangudo, a teacher with Comprehensive secondary school, Abak who left Nigeria to be trained on ICT in USA.

The Education Commissioner while congratulating the award winning teacher for being a good ambassador of Akwa Ibom State, assured Governor Emmanuel’s commitment to teachers’ welfare and human capital development in general.