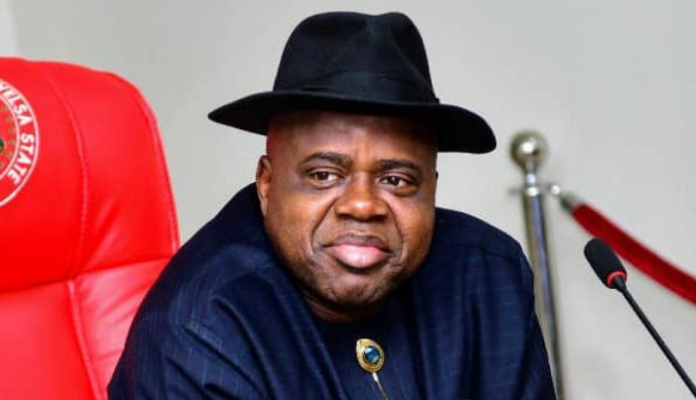 Residents of Diezani Street of Bebelebiri Two Community in the Yenagoa Local Government Area of Bayelsa State have expressed their appreciation to the administration of Governor Douye Diri for the successful completion of a rural electricity project in the community.

Meanwhile, the State Government has reiterated its commitment to continue with more impactful infrastructural projects across all the local government areas in the state.

The message of appreciation was delivered by a delegation of residents of the area also known as Minister’s Street of Bebelebiri during a thank you visit to the Deputy Governor, Senator Lawrence Ewhrudjakpo in Government House, Yenagoa.

Spokesman of the delegation, Mr. Allen Enemotimi, commended the Prosperity Administration for swiftly responding to their appeal to provide electrification of the street through the office of the Commissioner in charge of Special Duties in Bayelsa Central.

Narrating their ordeal, Mr. Allen said the area had, for so many years, been without public power supply, stressing that efforts to get it connected to the national grid proved abortive until recently when the present administration heard their cries and responded swiftly.

He said the electricity project no doubt speaks volume of the Senator Douye Diri-led administration’s determination to develop the state without sentiments and discrimination.

Mr Allen informed that the people of Bebelebiri 2 were overwhelmed with joy and would do everything within their reach to support the government to succeed.

Responding, the Deputy Governor, Senator Lawrence Ewhrudjakpo, said the number one priority of the Prosperity Administration in Bayelsa was to lift burdens off the shoulders of the people as much as possible.

He maintained that government had made an irrevocable commitment to embark on more people-oriented and capital-intensive infrastructural projects in all the eight local government areas across the state for the people to feel the impact of prosperity.