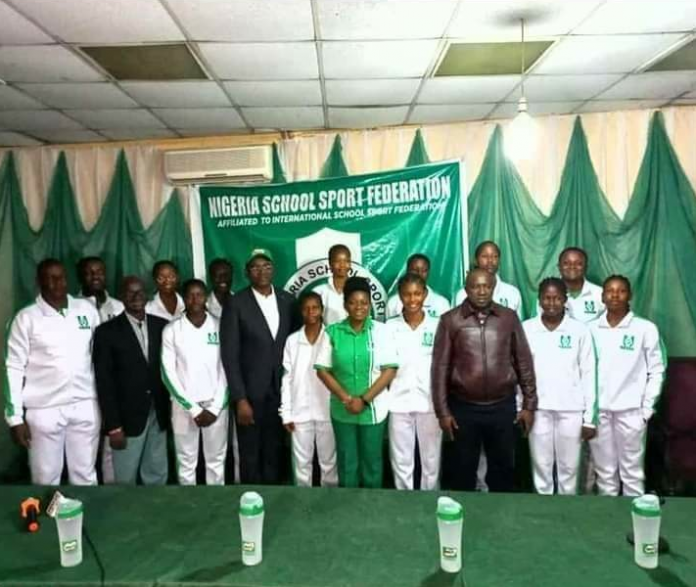 Nigeria will be participating in the championship alongside 19 other nations, including Brazil, Bulgaria, Chile, France, Greece, Hungary, India, Ireland, Nepal, North Macedonia, Serbia, Slovenia, Chinese Taipei, and Turkey in the boys and girls categories.

Speaking during the teams’sendforth ceremony in Lagos, President of the Nigeria School Sports Federation (NSSF), Mrs. Olabisi Joseph, lauded the support of the Bayelsa State government in ensuring that the students are exposed to international competitions while urging other states to take a cue from the gesture.

Joseph also commended the sponsors of the annual Milo National Secondary School Championships, Nestle Nigeria Plc, for its commitment to the competition as well as for providing the platform for the students to showcase their talents.

In his remarks, the Bayelsa State Commissioner for Education, Dr. Gentle Emelah, specifically praised the sports-loving governor of the state, Senator Douye Diri, for his interest in sports development and for promising the platforms for youths of the state to showcase their potential.

Emelah promised that the teams would make the country and the state proud in Serbia.

Captains of the teams, Idubamo Pius Beggi and Samuel Talents, also vowed to replicate their feat in Nigeria on the international stage while promising to be good ambassadors.

In his remarks, the Nestle Nigeria Plc Category Manager (Beverages), Tayo Olatunji, said the decision by the Bayelsa government to sponsor the students was in line with the ideals of the annual tournament, which is to produce future champions

In his remarks, the Nestle Nigeria Plc Category Manager (Beverages), Tayo Olatunji, said the decision by the Bayelsa government to sponsor the students was in line with the ideals of the annual tournament, which is to produce future champions.

The boys’ team is drawn in Group A alongside Turkey, Hungary and Chinese Taipei while the girls’ team is in Group D with Turkey, Chile, and Bulgaria.

This is the first time Nigeria as the only African country will be competing in the championship, which ends on September 28.