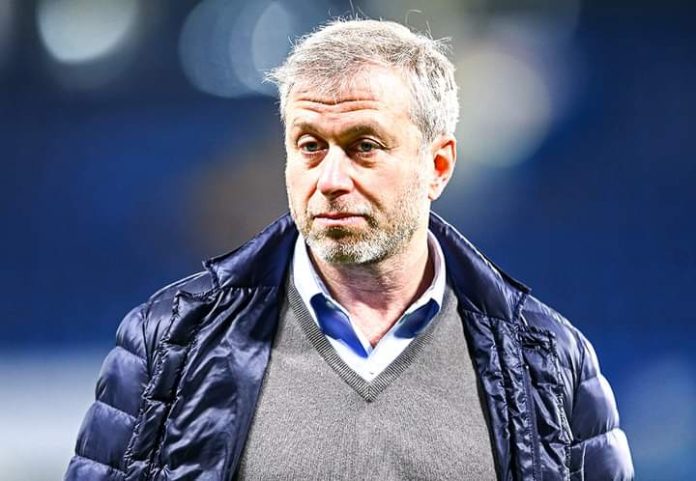 Chelsea owner, Roman Abramovich, has finally been sanctioned by the United Kingdom government.

The Russian billionaire had his assets frozen and has been prohibited from making transactions with UK individuals and businesses.

A travel ban and transport sanctions have also been imposed on Abramovich.

“There can be no safe havens for those who have supported Putin’s vicious assault on Ukraine.

“Today’s sanctions are the latest step in the UK’s unwavering support for the Ukrainian people. We will be ruthless in pursuing those who enable the killing of civilians, destruction of hospitals and illegal occupation of sovereign allies,” Prime Minister Boris Johnson said.

Chelsea can still operate as a Premier League side under a special licence, but any potential sale is now on hold.

The Blues will not be allowed to sell any more tickets, meaning only season ticket holders can go to games for the foreseeable future.

Also, no player transfers or new contracts can be negotiated.