He was born on November 14, 1948, and is the first-born son of Elizabeth and Philip. As monarch, the 73-year-old grandfather of five will serve as the king of the United Kingdom and 14 other Commonwealth sovereign states.

He studied in Britain and Australia, reading archaeology, anthropology and history at Trinity College, Cambridge in the late 1960s before becoming a Royal Air Force (RAF) pilot.

At 30 years he married  19-year-old nursery teacher named Lady Diana Spencer in 1981, a wedding that was watched by nearly 800 million people globally. 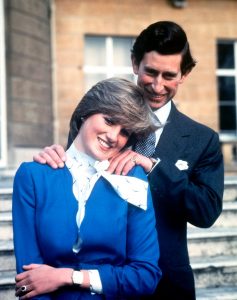 Following the death of Queen Elizabeth II in Scotland on Thursday, the United Kingdom is readjusting to the accession of her eldest son, Charles. According to Buckingham Palace, he will take the sovereign title King Charles III, and his wife, Camilla, will be known as the queen consort.

Claiming the throne at 73, Charles is the oldest British monarch to be crowned, and he has endured the longest wait to ascend the throne of any heir in British history.

Before Charles took the throne, his son William was known as the Duke of Cambridge. Now that William has become the heir apparent, he assumes the title of Duke of Cornwall. The title, created under a charter of King Edward III in 1337 and reserved for the eldest son of the reigning monarch, was previously held by Charles.

On Saturday, Charles will be “proclaimed” as king after a meeting of the royal accession council at St. James’s Palace in London.