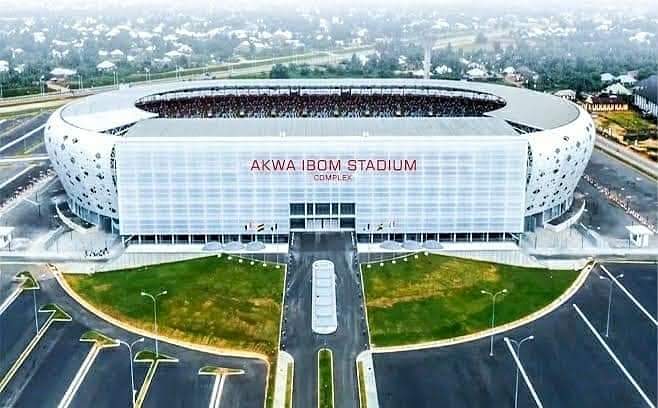 It has been Reported that the Godswill Akpabio Stadium, Uyo will host the 2022 CAF Champions League final scheduled for Sunday, May 29.

CAF officials had earlier visited the Akwa Ibom stadium to inspect the state of the sporting facilities according to the Senior Special Assistant on Sports to Akwa Ibom State Governor, Paul Bassey.

Al Ahly of Egypt will face ES Setif of Algeria in the semi-final. Another semi-final game is between Petro Atletico of Angola and Wydad Casablanca of Morocco.

Winners of the Semi-finals games will have a face off at the Godswill Akpabio Stadium, for the Finals

Recall that Cairo International Stadium in Cairo, Egypt hosted the 2020 final, while the Stade Mohammed V in Casablanca, Morocco, hosted the 2021 final.