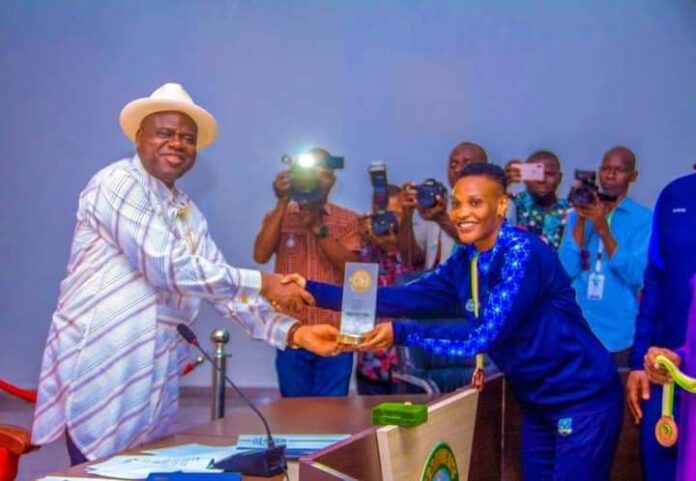 Governors Diri made the applaud while receiving Bayelsa Queens at the Council Chambers, Government House, Yenagoa.

According to governor Diri all 21 players in the first team will be awarded N1 Million Naira each. The 14 reserved players will go with N500,000 each. The Technical Adviser will go with N1.1 Million. Other coaches, N500,000. Support staff, N300,000. N1.5 million for the Board Members. For the additional 2 goals that led you to win third place, you will have additional 4,000 U.S dollars. While all the medical expenses of the injured player will be written off by the State Government.

Governor Diri said, “You left Bayelsa and the shores of this country firstly to compete in the West-African Region and became champions of the region by representing our dear country of Nigeria, and represented the region in the CAF Women competition.

“For the first time, you are the first club that has taken Nigeria to the semifinals of the CAF Women’s Competition. Because of you, the name of the state in female football is larger being imprinted in the heart of Nigerians and Africans.

“You have made your country proud, and Nigeria will stand tall when in Africa female football is talked about. We are not satisfied with the bronze, but we must start from somewhere, so on behalf of your state, the Prosperity Government, we say thank you.

“I’d like to also use this medium to appreciate and thank Premium Trust Bank of Nigeria, who took off some of the sponsorship of this competition that Bayelsa Queens are just returning from. Their jerseys were all provided for by Premium Trust Bank, and they also donated N50 Million to the State Government in ensuring that our girls were part and parcel of this competition.” 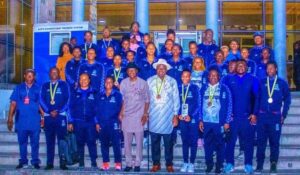