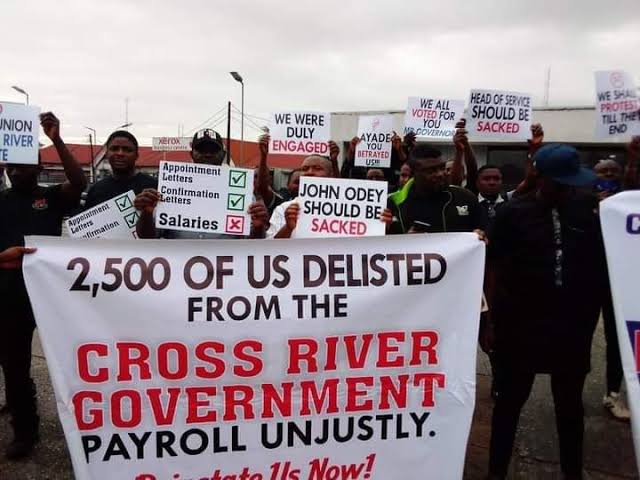 Civil servants In Cross Rivers state on Monday, protested before the office of the Head of Service (HOS) of the State over alleged unpaid four years salaries by the state government.

Speaking on behalf of the protesters,  David Iyaya, said the angry “civil servants” were from various Ministries, Departments and Agencies (MDAs).

Mr Iyaya alleged that they were employed by the state in 2018, but had not received a dime since their employment.

He further said it was a peaceful protest to the office of the HOS to let him and others know that they were suffering.

Meanwhile, the HOS, Ogbang Akwaji, has come out to say that the protesters were not workers as they claimed and that the governor clearly stated that he did not give authorisation for their employment.