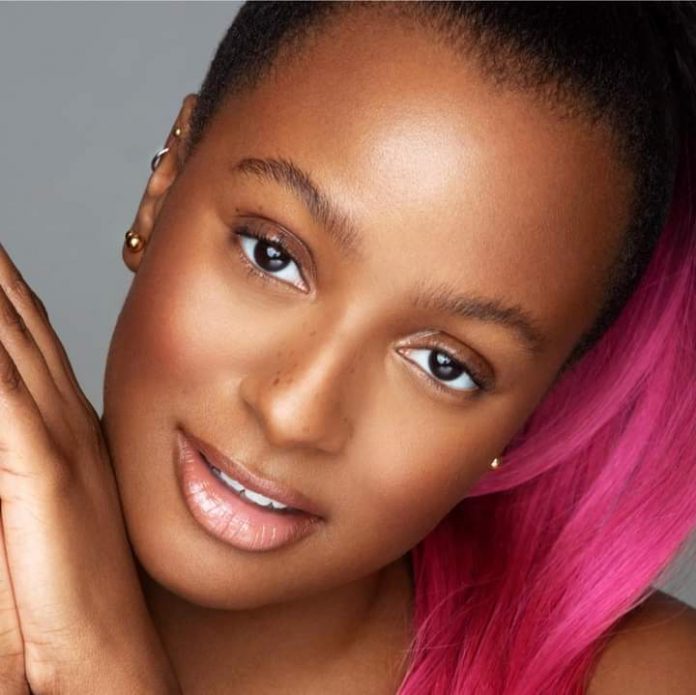 Nigerian billionaire daughter Florence Ifeoluwa Otedola popularly known as DJ Cuppy has shared photos of her on social media as she rocks a Manchester United gown at the Old Trafford stadium in London.

DJ Cuppy shared the photos with a caption, “I’m the trophy at Old Trafford this season 🏆⚽️ #GGMU 🔴 #CuppyDat.”

This is coming after a poor performance by the club in the just concluded 2021/2022 English premier league season, making the club a five streak seasons without a trophy.

Although, Manchester United are one of the most decorated teams in English football, with a reputation as one of the biggest clubs in the world. However, ever since the retirement of Sir Alex Ferguson, silverware has been hard to come by.

The Red devils  last won a trophy in May 2017, when they lifted the Europa League.

Then managed by Jose Mourinho, the Red Devils defeated Ajax in the final of the UEFA competition, winning the game 2-0, with goals from Paul Pogba and Henrikh Mkhitaryan sealing silverware. It was the first time they had won the competition in the club’s history.

In 2021, Ole Gunnar Solskjaer went close to securing a trophy in but his Red Devils side ultimately lost out to Villarreal in the Europa League final and the club legend departed his post without securing any honours.

Below are some of the reactions gathered by the Eveafrique:

@Adeleke oluwatosin Wow! Finally Man Utd get to win a trophy after soooo many years😂

@D’vibrante At least we won cuppy Cup this season 🤣🤣🤣