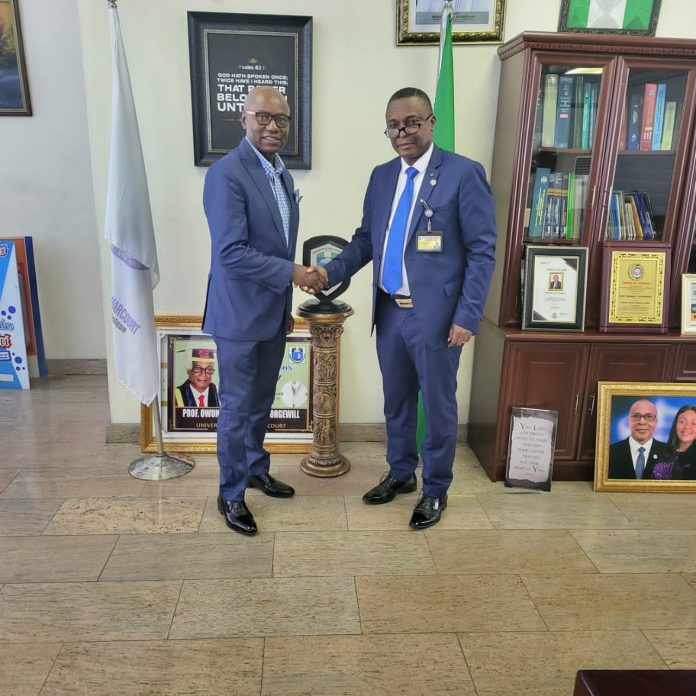 The Managing Director/CEO of Elshcon Group of Companies Dr. Emi Membere-Otaji on Wednesday 23 March, paid a courtesy visit to Prof. Georgewill Owunari the Vice-Chancellor of the prestigious University of Port Harcourt.

Membere-Otaji’s visit to Prof. Owunari was to formally congratulate him on his appointment as the VC of the University.

Prof. Owunari was appointed VC of the University barely one year after the former VC, Prof. Ndowa Lale left office in July 2020.

Prof. Owunari took over from Prof. Stephen Okududu, who was appointed, in acting capacity due to a delay in inaugurating the university’s Governing Council.

However, Prof. Owunari was appointed in July 2021, meanwhile, the business mogul Membere-Otaji, While in his congratulating visit to the VC affirms his commitment to partner and cooperate with the University in the rule of Prof. Owunari as the VC of Uniport. 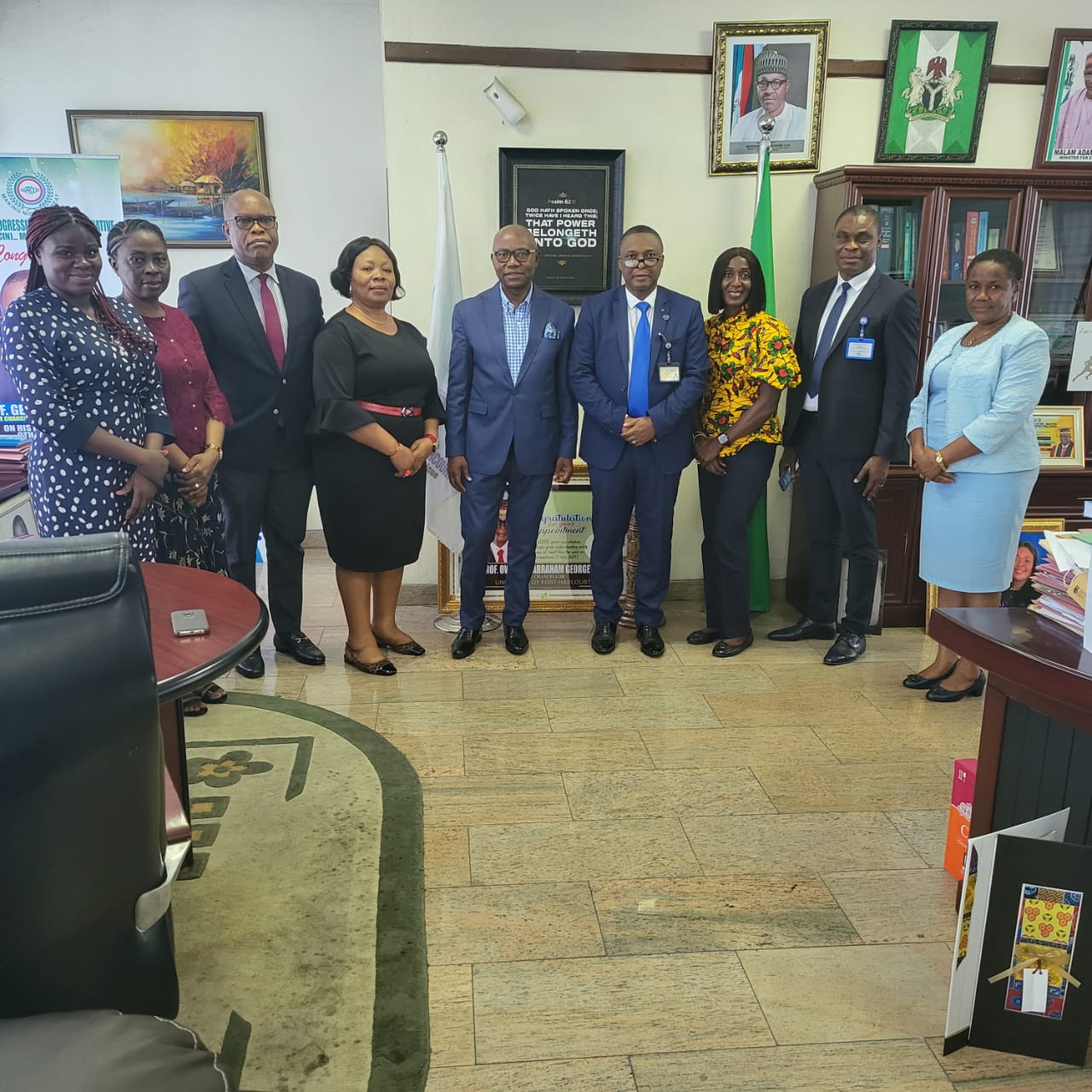 Dr. Emi Membere-Otaji,VC of Uniport, DVCs and other principal officers of the University