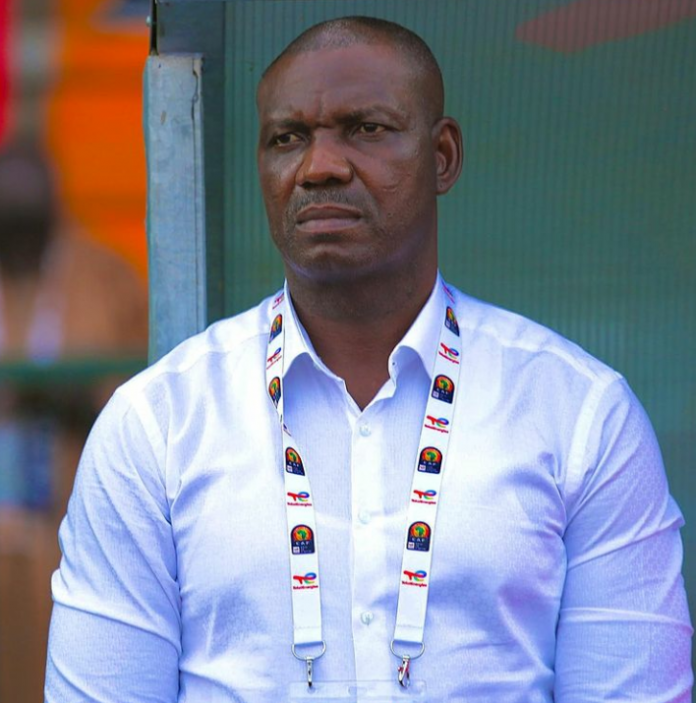 Following the recent scores as the Super Eagles of Nigeria failed to qualify for the 2022 FIFA World Cup, the Technical Adviser, Augustine Eguavoen has stepped down from that position with immediate effect.

The NFF has in the meantime withdrawn the two-and-half years contract offered the coaches and terminated the appointment of the entire technical crew of the team with immediate effect. A new crew will be announced after a proper review to lead the new charge of reinvigorating the Super Eagles to face future challenges appropriately.

“We thank the coaches and team officials for their service to the nation and wish them success in their future endeavours,” said NFF General Secretary, Dr Mohammed Sanusi.

Eguavoen has faced increased calls to resign after his failure to overcome Ghana over two legs of the World Cup play-off.

He was handed the two-years contract two days before the first leg of the World Cup play-off against Ghana.

Meanwhile, in a related development Nigerian legend, Austin Jay-Jay Okocha, has been appointed to join other football legends on Friday as draw assistants for the FIFA 2022 World Cup in Qatar later this year.

They will be joined by the coach of the Super Eagles at the 1998 World Cup, Bora Milutinovic.

The 2022 World Cup draw will take place at the Doha Exhibition and Convention Centre in the Qatari capital city.

The conducting team for the draw has been listed as; Carli Lloyd, Samantha Johnson and Jermaine Jenas.

Meanwhile, Okocha was a playmaking midfielder who helped Nigeria qualify for their first FIFA World Cup in 1994.