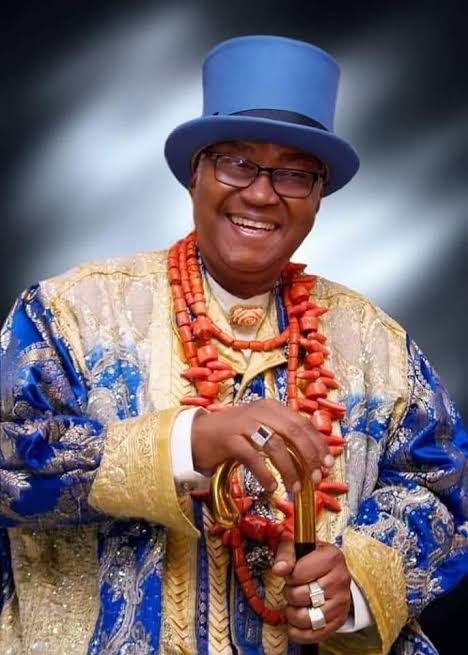 Out of Sight is not out of Mind. Alabo Tamunotenyim Omubo Graham-Douglas Lives on.

He was known by the pet name “Ette” (popularized by the likes of IBB), Opu Alabo (Pre-eminent Ijaw Chief), Grandmaster and Leader (of ancient Masonic knowledge and mysteries but ultimately converted to Christian patriot), TOG (abbreviation of his names).

Alabo Tamunotenyim Omubo Graham-Douglas was born on 8 May 1939, in Abonnema in the Akuku-Toru Local Government Area of Rivers State. He was of Ijaw origin. His brother, Nabo Bekinbo Graham-Douglas, was the first indigenous Attorney-General of Nigeria. Alabo Graham-Douglas had over 30 siblings. He attended secondary school in Lagos and Port Harcourt. He studied at Acton Technical School, London (1963–1965) and then at the University of Lagos (1965–1969). He earned a BSc. in Botany and Zoology.

He started work with the Nigerian Petroleum Refinery Company, Port Harcourt (1969–1977). He became managing director of Togiscani Nigeria, a construction company (1978–1985), and CEO of Road Haulage Company and Magroad Enterprises. He was also chairman of the Binterteco Nigeria, Pabod Finance and Investment and Waterglass Boat Yard. In 2000, Graham-Douglas was appointed Provincial Grand Master of the Freemason’s Lodge in Calabar.

On 25 April 2022, Alabo Graham-Douglas died in a private hospital in Abuja at the age of 83, after a protracted illness. He was survived by his wife, Muriel, 12 children, and “many” grandchildren.

Late Alabo T. O. Graham-Douglas was a renowned Political role model of uncommon savvy. In 1986 Alabo T. O. Graham-Douglas was appointed commissioner for Youth, Sports and Culture during the administration of Police Commissioner Fidelis Oyakhilome and was re-aappointed to the same ministry by Colonel Anthony Ukpo. Under his tenure, Alabo establish the Rivers State Sports Institute at Isaka, requested and hosted the 6th All Nigerian Sports Festival in Rivers State and Completed the Civic Centre Sports Complex and the Liberation Stadium, Which had hitherto been abandoned. He also conceptualised and produced the first Rivers State cultural carnival in 1988, tagged CARNIRIV ’88.

On the 10th of September 2022, Late Alabo T. O. Graham-Douglas was interred in his hometown Abonnema. His funeral was a talk in town which the Bayelsa state Governor senator Douye Diri, Former Minister of Transportation Chief Hon. Chibuike Amaechi, First Lady Dame Patience Jonathan and a host of other top government officials Including Members of the Port Harcourt City One Love all stood in their regalia to bid farewell to a great patriot who has served Nigeria tirelessly, an Elder statesman Late Alabo Tamunotenyim Omubo Graham-Douglas.