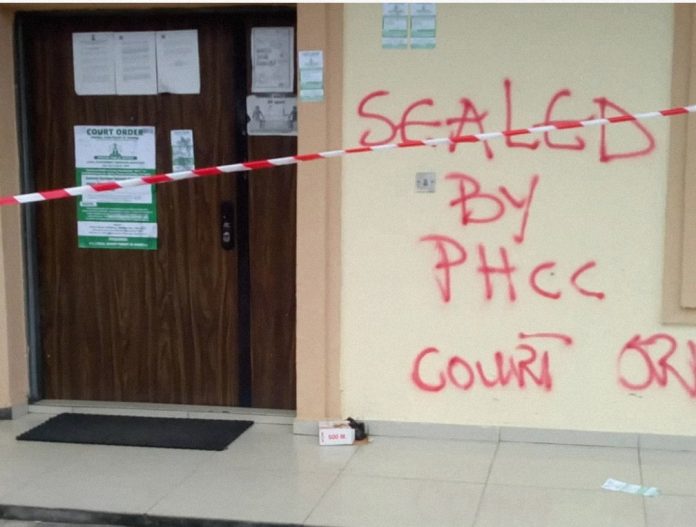 The Port Harcourt City Local Government Area of Rivers state on Monday sealed off the premises of the Federal Ministry of Interior marriage registry.

This act was to enforce a Federal High Court order issued by Honourable Justice D. E. Osiogor on December 8, 2021.

The Honourable Minister of Interior, the Attorney General of the Federation and Minister of Justice, and Anchor Dataware Solutions Limited were defendants.

Speaking to newsmen after the sealing of the premises, the Secretary, Port Harcourt City Local Government, Barr. Chile-Kay Owuru, said they were empowered by the law to seal the facility.

“Marriage act is the function of the 774 local governments as contained in the constitution”.

He stated, “This issue of local government and the ministry of interior had been going on, there had been judgement on the same issue in 2014, 2016 or thereabout, which had been against them (local government.)

“Now you have a case, if the judgement did not favour you, what are you supposed to do, are you not supposed to appeal?

“Even the judgement they are talking about is not the entire ministry, so I am not happy at all with what is happening here today.”