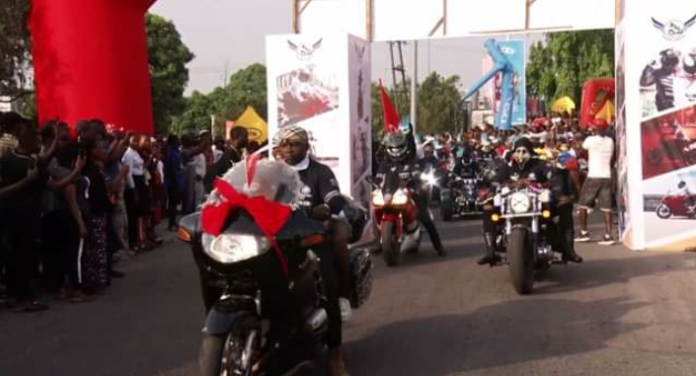 There was pandemonium in Bogobiri as no fewer than five persons were confirmed dead and many injured during an incident that happened at the bikers and exotic cars’ carnival in Calabar.

The incident was said to have occurred on Tuesday after an unregistered vehicle that took part in the event lost control and rammed into spectators at the Bogobiri axis of the carnival route.

It was gathered that the victims were rushed to Navy Reference Hospital in Calabar, leading to the abrupt end of the event.

Some eyewitnesses blamed the accident on poor crowd control.

Meanwhile, the state governor, Professor Ben Ayade, has expressed sadness over the incident.

Ayade, according to a statement by his media aide, Christian Ita, said he is devastated by the development. He equally directed security agencies to arrest the motorist who is on the run.

While sympathising with the victims of the accident and their families, the governor ordered an immediate investigation to unravel how the motorist was able to get through security barricades to have access to the routes which were closed to the public.

He also directed the immediate discontinuation of the Bikers’ parade in honour of the victims. Governor Ayade, however, called for calm, promising to ensure the culprit is arrested and brought to book.