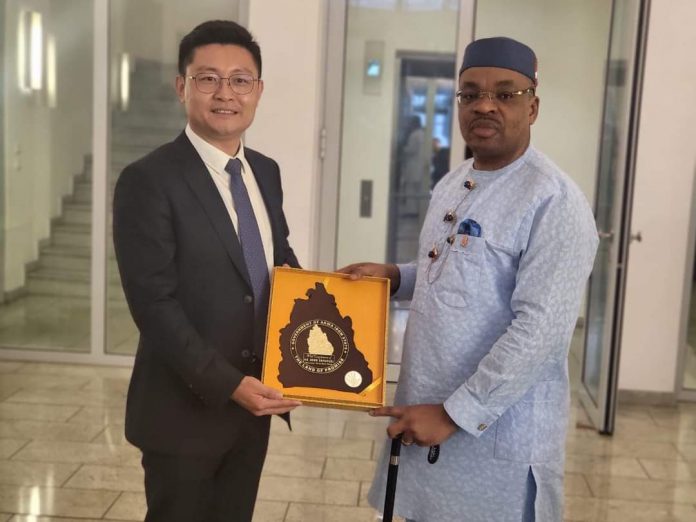 The Governor of Akwa Ibom State, Mr Udom Emmanuel has reiterated the commitment of his administration towards the actualisation of the Ibom Deep Seaport project.

He also expressed the readiness of his administration to do all that is necessary to ensure the immediate commencement of work on the project.

He stated these when he received a delegation from the China Harbour Engineering Company in his office led by its Chairman, Mr. Martin Chen.

Governor Emmanuel appreciated the company for their interest in working with the Akwa Ibom State Government to ensure that the dream of having the Deep Seaport becomes a reality.

Earlier, the Chairman of the China Harbour and Engineering Company, Mr Martin Chen, thanked Governor Emmanuel for receiving them and expressed their interest in working with the Government to realise the project.

He stated that their company is the largest port building firm in the world and they had facilitated the construction of ports in different parts of the world, including the Lekki Deep Seaport which is nearing completion.

He identified the peaceful nature of Akwa Ibom State as being a factor that made it easy for them to make the decision to come partner in the construction of the Ibom Deep Seaport and expressed their desire to work with the state Government to deliver on the project.

Joining the Governor to receive them were the Chairman of the Technical Committee on the Development of Ibom Deep Sea Port, Mrs Mfon Usoro, the Commissioner for Special Duties, Dr Bassey Okon and other Governemnt officials.