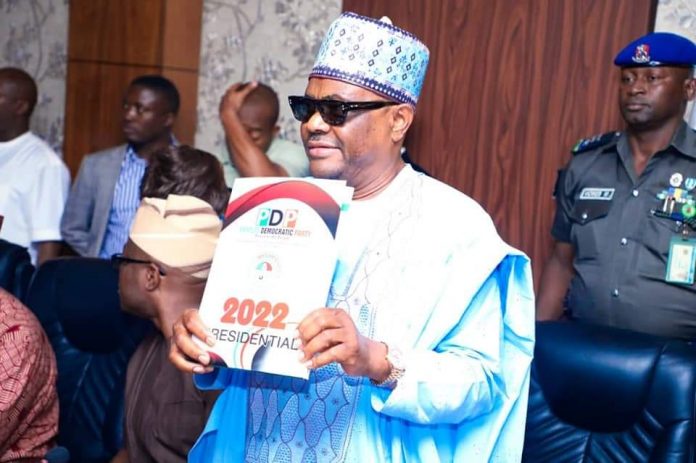 This action follows his formal declaration of intent to run for the office last weekend in Benue state, Makurdi.

Friends and associates of Mr. Nyesom Ezenwo Wike purchased the Nomination Forms for the Rivers State Governor to contest the 2023 Presidential Election on the platform of the PDP.

Senator Sulaimon Mohammed Nazif who presented the forms to Governor Wike on behalf of the group explained that the gesture was due to their confidence in his ability to lead the country and offer relief to millions of Nigerians caving under exacerbating socio-economic pressures.

Present at the event was Governor Seyi Makinde of Oyo State, Former Ekiti Governor, Mr. Ayodele Fayose, members of both chambers of the National Assembly, leaders of the party, the Speaker of Rivers State House of Assembly, Council Chairmen and party Chairmen, Chief Ferdinand Alababa, O.C.J Okocha, Chibudum Nwoche, Ima Anyanwu among others.