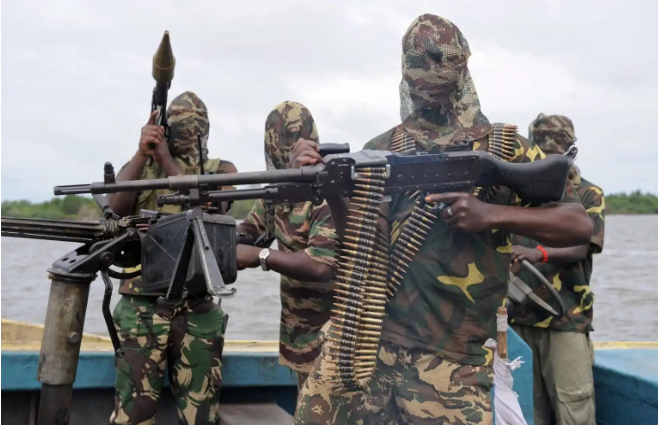 Ogede, who until his demise was Coordinator of Operations, Darlon Oil and Gas Servicing, was reportedly killed Sunday night at a hotel at the Okutukutu suburb of the state capital.

It was gathered that the armed men ambushed their target at the hotel where they posed as guests after lodging in.

The deceased was said to have been shot as he made to enter into the hotel premises. He was confirmed dead at the Gloryland Hospital where he was rushed.

Spokesman of the state police command, SP Asinim Butswat, confirmed the development and called for calm saying the matter is being investigated.

Butswat said: “He was killed on Sunday night, the State CID is investigating.”

Meanwhile, the management of Darlon Oil and Gas Limited has regrettably announced the death of its Head of Operations, Ogede.

He was killed, execution style, by three armed men suspected to be hired assassins in a hotel, off Tamic Road Okutukutu, Yenagoa, Bayelsa State.

Indukakpo, who hails from Gada’s Compound in Igbomotoru 1 Community in Southern Ijaw LGA, was shot twice by his assailants about 7.45p.m, on Sunday, leaving him to die in a pool of blood.