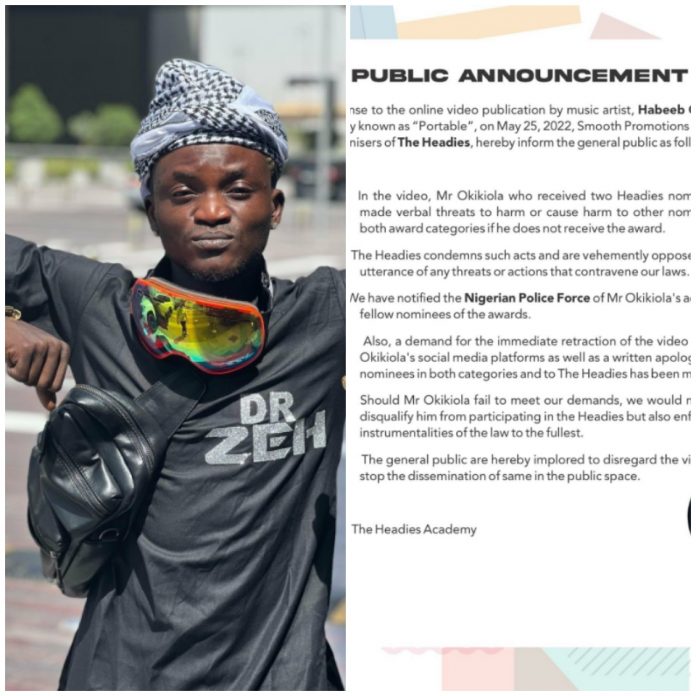 The singer is contending for the Best Street-Hop Artiste and Rookie of the year awards according to the nomination list released by the Headies on Tuesday.

Portable took to his Instagram page on Wednesday where he made death threats to other artistes featured in the categories he was nominated in.

In a statement published via Headies’ official Instagram account on Friday, it was revealed that Smooth Productions made a report to the police as regards the concerning video. The singer was also warned to retract his statement and make a written apology to his colleagues.

The statement read in part, “The Headies condemns such act and is vehemently opposed to the utterance of any threats or actions that contravene our laws. We have notified the Nigerian Police Force of Portable’s actions to fellow nominees of the awards.

“Also, demand that the immediate retraction of the video from Mr. Okikiola’s social media platforms, as well as a written apology to the nominees of both categories and to the Headies, must be made.

“Should Singer Portable fail to meet our demands, we would not only disqualify him from participating in the Headies but also enforce the instrumentalities of the law to the fullest.”