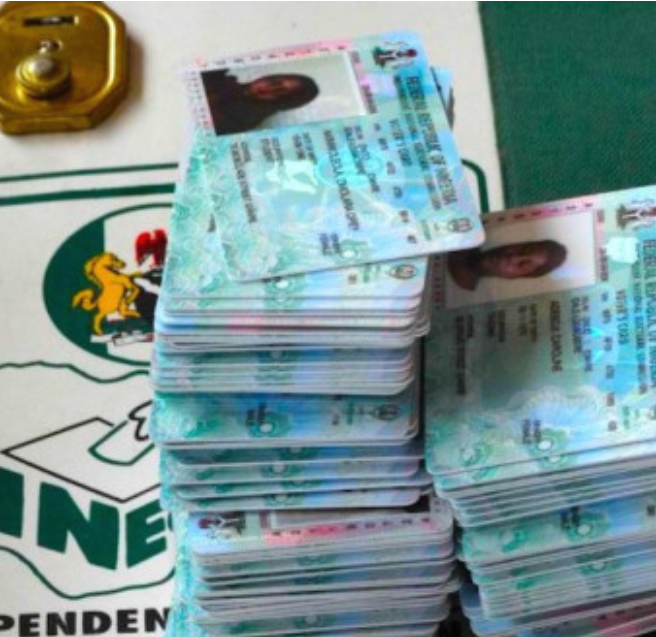 Hunters have discovered over 320 Permanent Voters Cards dumped inside an uncompleted building along the AIT/Elebele road in Bayelsa State.

The hunters however, handed over the PVCs to the Independent National Electoral Commission (INEC) on Wednesday July 27, in Yenagoa, the state capital.

While handing over the cards to INEC, the Commandant of the association, Moses Okanu, disclosed that the items were recovered when his men were combing the bushes and forests on Tuesday around Asikoro and Elebele in the state.

Okanu stated that the hunters were attracted by a noise in the forest, and upon approaching the uncompleted building, the occupants of the facility fled the scene.

“We have been combing the bushes in the nooks and crannies because of the happening we have been hearing in the bushes. We started from Azikoro and went through Elebele,” he said

In the course of our going round, we ran into an uncompleted building in the bush and we heard some noise with our usual way of operation to ascertain those who were there, the people sighting us started to jump out of the windows of the uncompleted building.

So, we were able to penetrate into the building and what we saw was the abandoned voters’ cards. So knowing full well that these are Federal Government property and the only authority empowered or authorised by law to keep custody of these items is INEC, we have to recover them and decided to bring it to the Commission.”he said

Receiving the voters’ card on behalf of the Resident Electoral Commission, Dr Alex Hart, INEC Administrative Secretary, Okop Umobong, said the commission will investigate the circumstances that led to the cards being found in the forest.