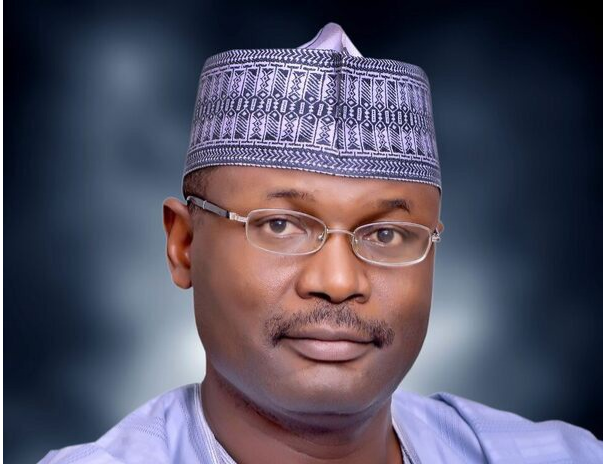 The Independent National Electoral Commission has announced that the fourth quarter of the Continuous Voter Registration (CVR) exercise which commenced on the 11th of this month will end on the 30th of June this year.

INEC Chairman, Professor Mahmoud Yakubu stated this in Abuja while briefing newsmen on the progress of the CVR.

He said anyone who fails to register before the June deadline would wait until after the 2023 general election.

Professor Yakubu said in restarting the CVR, the Commission introduced the online pre-registration system as part of efforts to improve the electoral process and ensure that Nigerian voters have the best voting experience.

This innovation according to him, makes it possible for intending registrants and already registered voters who may have issues with their registration to commence the process online and subsequently complete it in person at a Registration Centre of their choice.

He said this has worked tremendously well based on the reports we have received so far.

The INEC Chairman Professor Yakubu said the challenge the commission had faced since the commencement of the CVR is invalid registration despite the introduction of the Automated Biometric Identification System (ABIS) which was more comprehensive and robust system, involving not just fingerprint identification but also the facial biometric recognition.

The INEC boss further explained that many registrants registered again despite repeated warnings by the Commission against this illegal action also there were registrants whose data were incomplete and did not meet the Business Rules for inclusion in the register.

He appealed to the political parties, the media, civil society organizations and the general public to assist the Commission in educating Nigerians about the problem of invalid registration.

Other registered persons who may also get involved in the CVR are those whose PVCs are missing or defaced; those whose details need correction and those seeking to transfer from their current places of voting to other locations. These cases do not involve new registration. Apart from these, the CVR is essentially for Nigerians who have attained the age of 18 years and have not registered earlier.

Professor Yakubu said the Commission would establish a dedicated Help Desk for people who need information about the CVR.