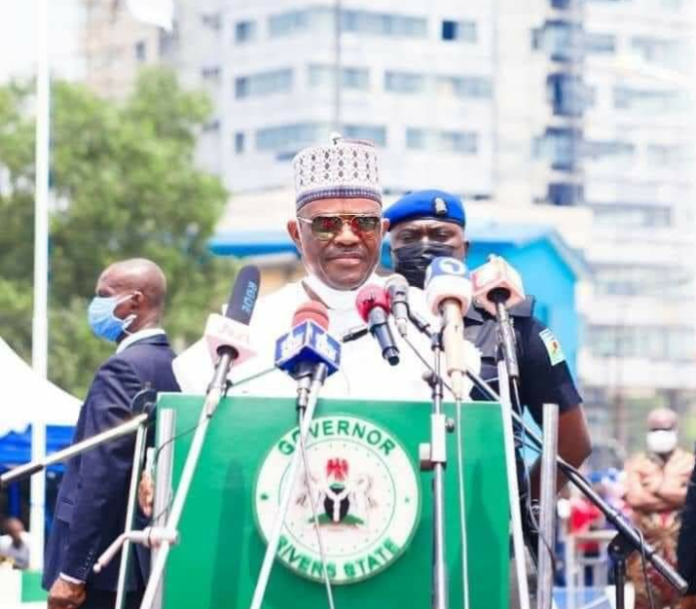 Rivers State Governor, Nyesom Wike, has declared that it is time to focus on citizens’ welfare in the state.

Wike stated this, yesterday, at the inauguration of the Oro-Abali Flyover at Kaduna Street Junction along the Port Harcourt-Aba Expressway in Port Harcourt.

He explained that his administration, having invested in physical infrastructure, which, according to him, is expected to bring economic growth and engender socio-economic development, it was necessary to pay attention to the people, adding that his works have been attracting investors to the state.

Governor Wike said; “Now that we have done everything we have promised Rivers people, this is the time now we have to play politics of stomach infrastructure.”

A statement by the Special Assistant to the Governor on Media, Kelvin Ebiri, quoted the governor as saying that nobody could say that his administration had not delivered projects, improved security and promoted peaceful coexistence within the state.

“People think when you are in government, from first day, you should be sharing money. I said I wouldn’t do that.

“I have to work for the people of the state. Now that we have worked, the remaining period will be to feed your stomach,” he said.

Wike described welfare as an important aspect of governance as it implies empowerment of the people economically, saying: “There is time for everything. Now, the time has come. We have to start to empower our people. The empowerment is for those who have been patient.

“As a government, when there is unemployment, some people bring out what they called welfare scheme to be able to cushion the level of poverty in the society. That is what we are going to apply here.”

Meanwhile, Performing the inauguration of the Oro-Abali Flyover project, Bauchi State Governor, Bala Mohammed, said he was elated to commission yet another beautiful project of Governor Wike, delivered to address critical transportation problem in the area.

“What he is doing in terms of urban renewal is something I can say is only comparable to what is in Abuja, the Federal Capital Territory.

“The difference is that this is being planned in a manner that is really judiciously using Rivers money without any burden of loan.”