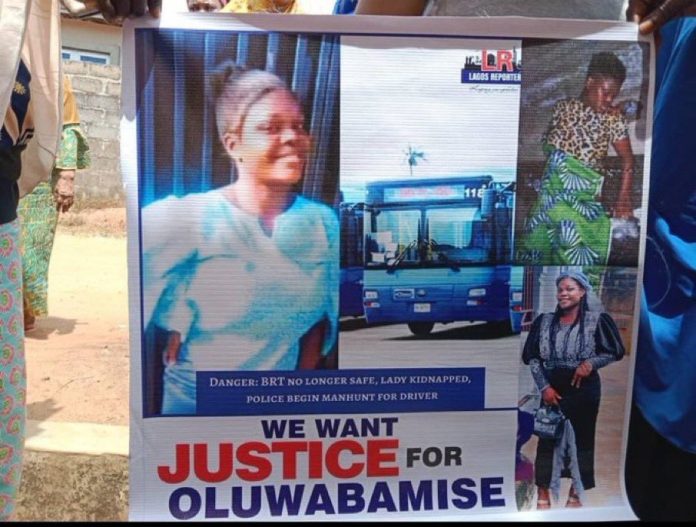 The corpse of 22-year old Oluwabamise Ayanwole, who got missing after boarding a Lagos Bus Rapid Transit vehicle, has reportedly been found with some of her body parts missing.

Ayanwole who worked as a Fashion Designer at Chevron Estate, Ajah got missing while returning to Ota from Ajah on Saturday, February 26 when she boarded a BRT bus with number 240257 going to Oshodi at about 7:00 p.m. at Chevron Bus-Stop.

Police spokesperson, Adekunle Ajisebutu, confirmed the death of the 22-year-old in a statement.

He said, “The Lagos State Police Command regrets to inform the public that Oluwabamise Ayanwole, the 22-year-old lady who got missing in transit while onboard a BRT bus on February 26, 2022, has been found dead.

“The corpse was found lying on the Carter Bridge by Ogogoro Community, Lagos Island. The corpse has been deposited at the morgue of the Mainland Hospital, Yaba, for autopsy.

Meanwhile the suspect, who disappeared into thin air after the incident, has been arrested alongside two others by operatives of the Department of State Service (DSS) in the Odogbolu area of the state.