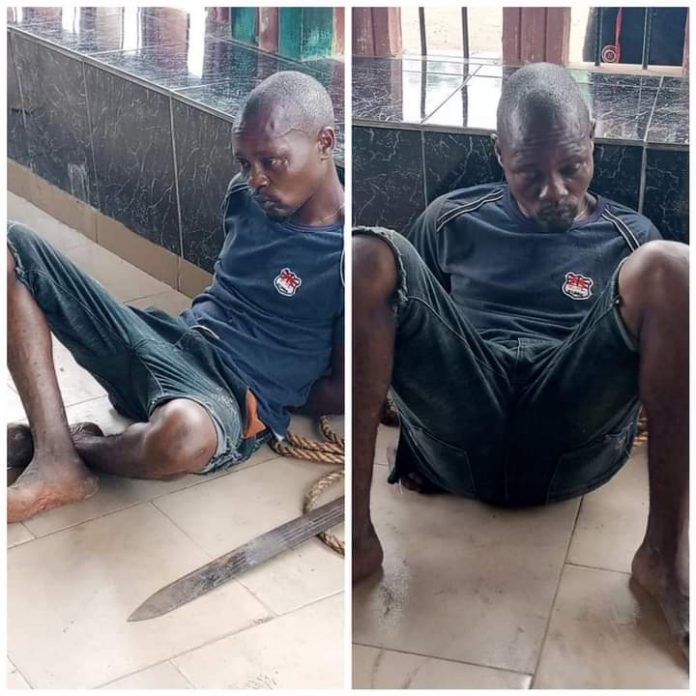 A man identified as Udeme Peters Aniefiok has been arrested for allegedly raping his teenage daughter in Okon Eket, Akwa Ibom State.

The suspect, who hails from Cross River State allegedly confessed to have been sleeping with his daughter.

According to Facebook user, Emmanuel Mbong, the 15-year-old girl, who is currently a JSS 2 student in Eket, said her father had always threatened her with a machete each time he forcefully had carnal knowledge of her which allegedly happened a lot of times.

Investigation reveals that the victim was born out of wedlock and lives with the father in a one bedroom apartment in Ikot Inyang village, Okon Eket while the mother stays in Port Harcourt. 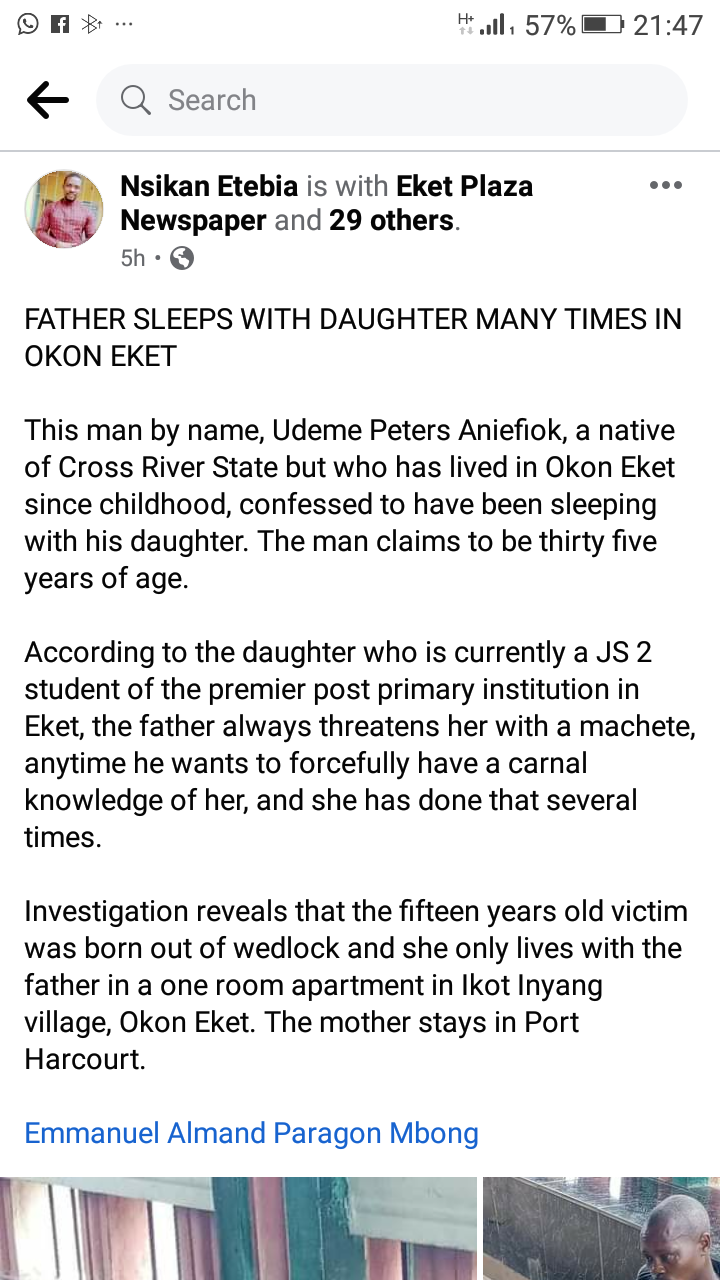