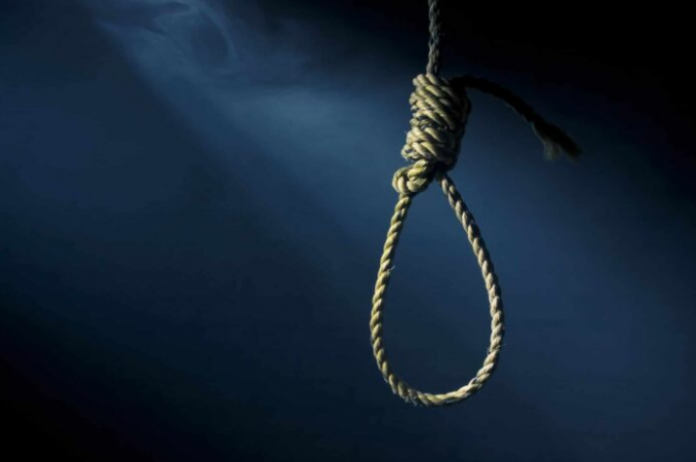 A 52-year-old father of five, Nkereuwem Emah has been sentenced to death by hanging for killing his pregnant wife, whom he accused of infidelity.

The suspect from Mbiabam in Ibiono Ibom Local Government Area was on Friday May 27, found guilty of killing his wife on the 12th of February 2018, while she was sleeping in their residence, in Mbiabam, Ibiono Ibom LGA.

Emah who was first arraigned before Justice Bassey Nkanang of Uyo High Court on 6th December 2018, pleaded not guilty to one count of murder.

After he was arrested, Emah confessed that “On 12/2/2018 at about 4:30 am, I call my wife to ask her about how she came about the pregnancy and who is responsible for it. She refused to answer me and I become annoyed.

“I took the big matchet and cut her right hand. She moved to run away, I cut her neck again and she fall down. I was informed by people around our house that one Michael Udoh always sleep with her anytime I left the house for work.”

During the trial, the prosecution called three witnesses, including the 10-year-old son of the deceased, Christian Sylvanus Etim, who narrated how his father committed the act against his mother.

The evidence of the son was corroborated by his father, the accused person, who had earlier confessed to the Police when he was arrested after the incident.

Delivering judgement on the case, Justice Nkanang described Emah’s action as “callous, inexplicable and inexcusable debasement of the marriage institution.”