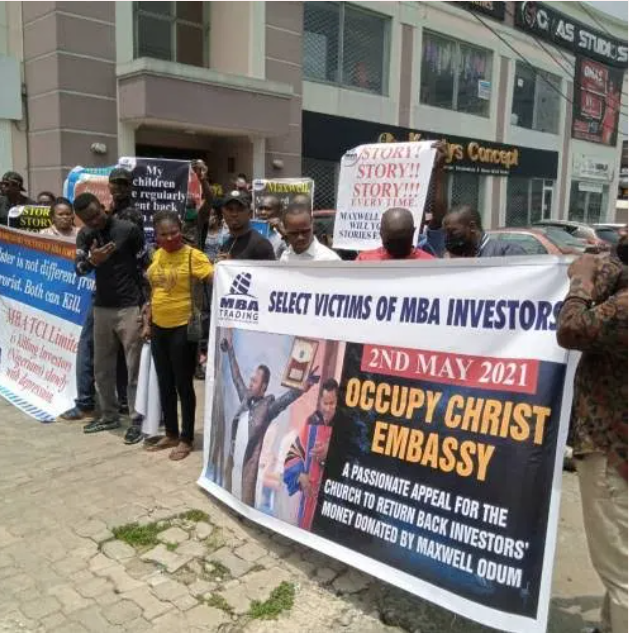 The protesters alleged that they invested various sums of money in the company with a promise to get their payment, but two years after, nothing has been heard from the company’s Chairman/Chief Executive Officer, Maxwell Odum. 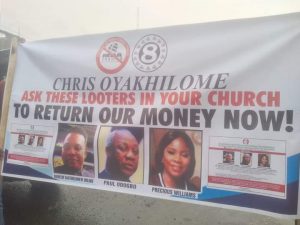 Recall that the Economic and Financial Crimes Commission had declared the company’s Maxwell Oko wanted for alleged fraud in 2021, following a petition it received from the victims.

The protesters, including women, said they were going through untold hardship and suffering since the company allegedly collapsed, saying some of them had died from depression, while some had been evicted from their houses due to their inability to pay rent. 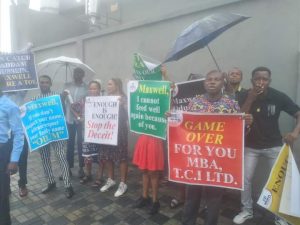 The protesters, under the aegis of ‘victims of MBA forex fraud’ gathered at the road leading to the church with placards chanting songs to drive home their demands, saying, “Maxwell Odum pay us our money.”

The leader of the protest, Christian Agadaga, said they were in the church to register their grievances because the failed firm’s boss, Odum was a member of the Christ Embassy. 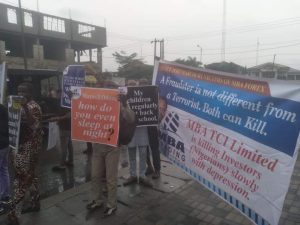 Meanwhile, an official of the church, who did not want his name in print, expressed sadness that the protesters would come to disrupt ongoing service.

“Why would they bring their protest to the temple of God? This is a church. It is completely unacceptable. This is sacrilege,” he said.