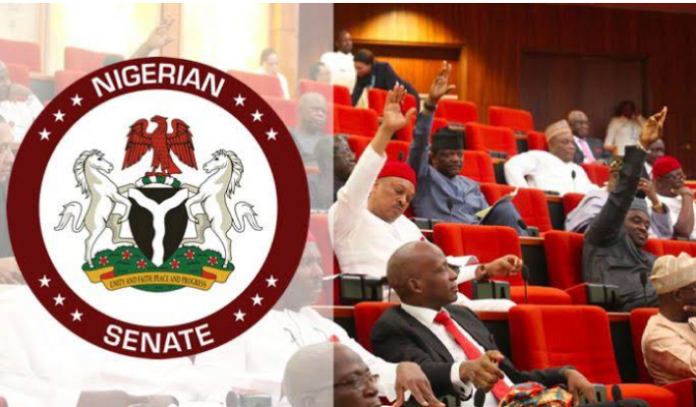 National Assembly has summoned the Minister of Niger Delta Affairs, Senator Godswill Akpabio, and the Sole Administrator of Niger Delta Development Commission, NDDC, Mr. Effiong Akwa, over an alleged non-payment of a contract worth about N2.2 billion.

According to reports by the vanguard the Senate also threatened to issue a warrant for their arrest, should they fail to honour the invitation, and as well warned that Akpabio and Akwa must appear before its committee unfailingly on April 12, 2022.

Speaking with newsmen in Abuja yesterday, Akinyelure explained that the committee had written many letters of invitation to the duo on petitions against them yet no response from them, let alone honouring the invitation.

According to him, Akpabio and Akwa have been unanimous in administering the NDDC, an agency of government the way they please.

He said there were a plethora of petitions against them for refusing to pay contractors, who executed projects for the commission to the sum of N72 billion.

The lawmaker who confirmed to journalists that appropriations have been made yearly for contractors, who executed projects across the Niger Delta states to be paid, expressed frustration at the conduct of the two senior officials of government, said his committee had only four weeks to submit the report to the Committee of the Whole.

He said: “Akpabio was a senator and as a former colleague, he ought not to disrespect the Senate Committee in the manner he is doing. It shouldn’t be business as usual. Akpabio and the NDDC sole administrator must appear before the Ethics, Privileges, and Public Petitions Committee failure which will lead to the issuance of a warrant of Arrest for them.

“The Committee wants to believe that as far the Minister of Niger Delta Affairs is concerned, communication breakdown must have caused his non – appearance before the committee because as a senator, he should know the implication of that.”

Akinyelure noted that the summon is coming in the wake of petitions against Akpabio and NDDC Administrator by Akom Survey Services Limited over alleged non–payment of survey fees carried out in the nine Niger Delta states based on N2.2billion contractual agreement with NDDC.

He said the petitioners were seven from different companies which have been lamenting the non–payment as the services rendered were pushing them into insolvency arising from unbearable Interests on loans secured from the banks.