Nigeria marks Democracy Day with a Parade At Eagles Square 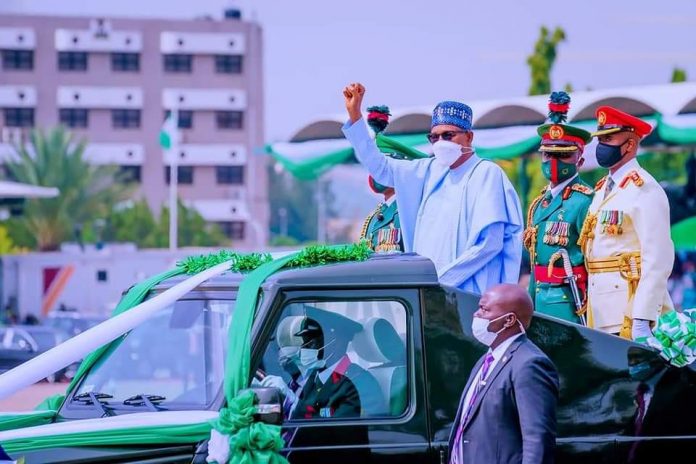 The  Ceremony kicked off with the Guard of Hounor at Eagles Square in Abuja.

The parade is an annual exercise held in honour of the nation’s return to civil rule and to remember Nigeria’s heroes of democracy. 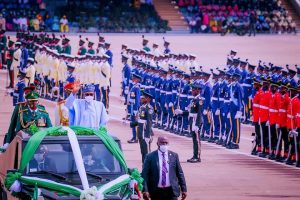 The arrival of President Buhari was made known by a general salute, signalling the official kick off of the exercise in the nation’s capital.

The ceremony featured performances by the Army, Navy, Air Force and the Police, followed by traditional dance performance from various ethnic groups. 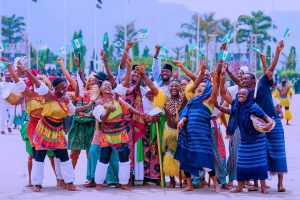 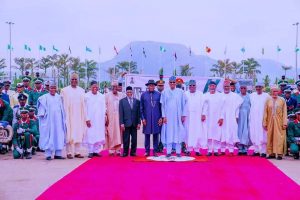 There was also general salutes for the service chiefs and the Inspector-General of the Police Force, as well as salutations for former presidents and vice presidents, squad leaders and the commander of the Guards Brigade among other dignitaries. 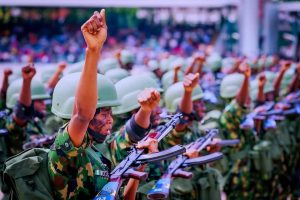 Also present at the Parade Ground to mark Nigeria’s Democracy were students and teachers from various schools and Corp Members. 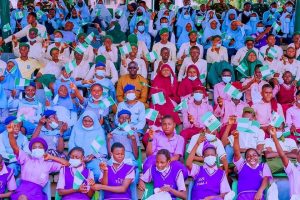 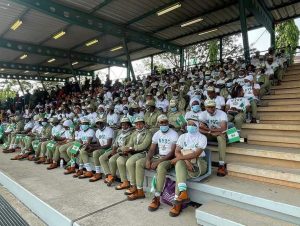 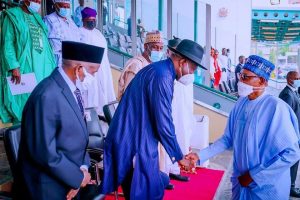 Meanwhile, Three military officers who were participating in the Democracy Day Parade, on Monday, reportedly slumped at the Eagle Square, Abuja. No casualties were recorded as they were successfully treated and soon regained consciousness.