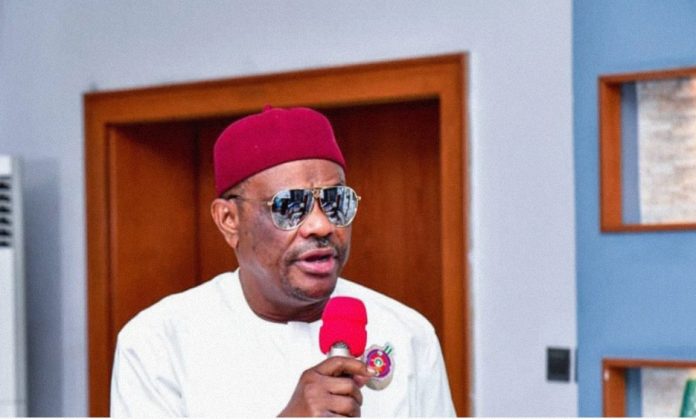 Rivers State Governor, Nyesom Wike, has come out to say Nigeria is sliding into anarchy and is calling for intervention.

Wike, stated this during his visit to a chieftain of the Peoples Democratic Party (PDP), Bode George, in company of Oyo State Governor, Seyi Makinde, former Benue State governor, Gabriel Suswam and Lagos State governorship aspirant of the party, Oladiran Jide, popularly known as Jandor, yesterday April 3rd,2022, saying the highest requirement of a leader is focus, capacity and courage.

He urged leaders of the party to give him the opportunity to be the flagbearer of the PDP’s presidential, assuring that he would deliver the seat for the party and correct the wrongs of the Opposing Party in the Country.