Nigeria’s Permanent Representative to the International Seabed Authority, Maureen Tamuno present at the special session of the ISA 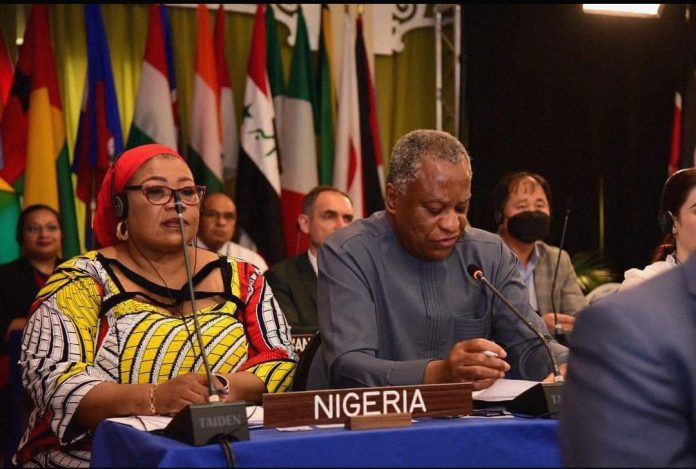 Nigeria’s Permanent Representative to the International Seabed Authority (ISA),  accompanied by H.E Geoffrey Onyeama, Honourable Minister of Foreign Affairs of The Federal Republic of Nigeria, to the special session of the ISA held during the 27th Session of the Assembly. 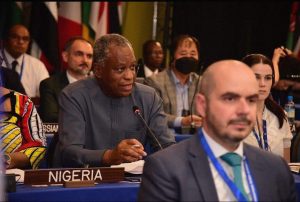 His Excellency, Geoffrey Onyeama delivered a statement on behalf of the African Group, as the highest African envoy present, as well as Nigeria’s statement.