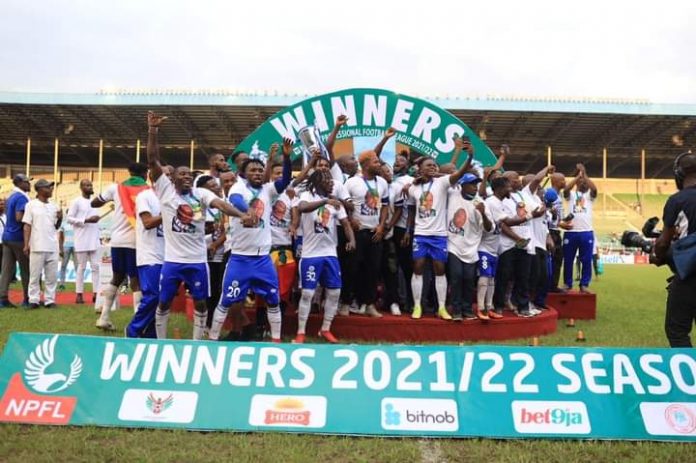 Wike made the announcement at a grand reception organised for the team in Port Harcourt on Thursday.

The champions won the title for the first time after warding off the challenge of Plateau United.

Aside from the monetary reward, the players and their officials will also embark on a two-week training tour of Madrid, Spain before the start of the 2022/23 season.

Wike also promised the players $40,000 if they make it to the group phase of next season’s CAF Champions League.