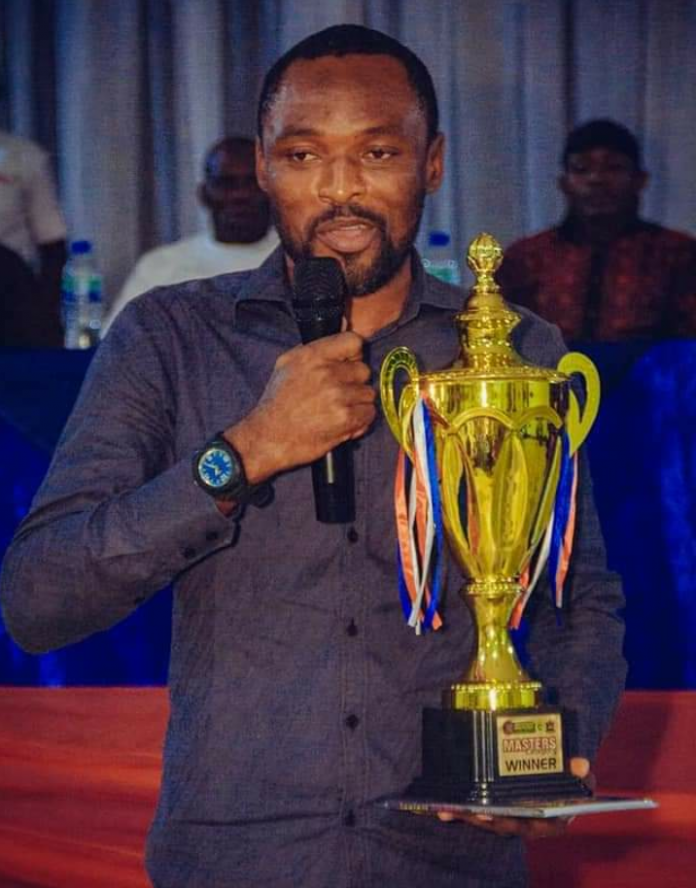 Nsikak Etim has emerged the new champion of the Masters category in the second edition of the Governor Douye Diri National Scrabble Championship which ended last night in Yenagoa, Bayelsa State.

The Akwa Ibom born player recorded 12 wins at the DSP Alamieyeseigha Banquet Hall in the Bayelsa State capital with a plus 1082 cumulative spread to win the trophy and 500 thousand Naira star prize and a the winner’s trophy.

Etim took over from Oshevire Avwenagha who won the maiden edition with 11 wins with 617 cumulative of to win last year’s edition at the Harold Dappa Biriye Conference Centre, Onopa. 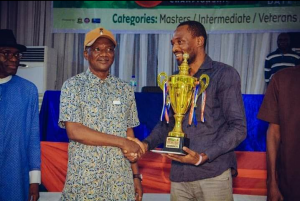 Akoofure Orughele from Delta State won the intermediate category while Jacob Jonah was the winner of the veterans’ category, just as Burogha Douglas from Bayelsa State was the opens event champions.

There was also a new champion in the student event as another champion from Federal Government College Odi, Adeleke John dethroned Ikoko David who won the category last year while young chess prodigy Deborah Quickpen and Sunshine Ekperi got consolation prices.

Declaring the Championship close, Governor Douye Diri reiterated the state government’s commitment in using sports to combat crime as well as develop the skills and talent of the youths.

The Governor who was represented by the Deputy Governor, Lawrence Ewhrudjakpo, stated that Bayelsa was open to host more national sporting activities, noting that the state had recorded landmark achievements in sports in the last two years. 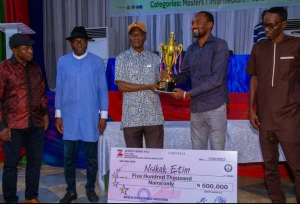 He urged all the winners to be focused and to not see their success as the ultimate goal but aim to become world champions.

Commissioner for Youth and Sport Development, Daniel Igali congratulated all the winners for showing their skills describing Bayelsa as the capital of sports in Nigeria.

Igali noted that the goal of the State government was to make Bayelsa the hub of sports in the country by hosting national competitions.

President of the Scrabble Federation Engr. Toke Aka said in the last eight years the federation had not witnessed what they experienced in Bayelsa this year, stating that he was not surprised because sports has become part of the State.

While commending government for investing in sports, Engr. Aka noted that immediately after the National Sports Festival this year, the Nigeria Scrabble Federation would have its own festival that would last for three days and an inter club championship.

Also, chairman Bayelsa State Scrabble Association Mr Daniel Alabrah remarked that the governor Diri Scrabble competition had become the biggest scrabble tournament in Nigeria, pointing out that the championship has afforded Bayelsa State an opportunity to produce young scrabble players for the country.

Alabrah explained that the introduction of the students category generated interested that reflected in the high number of participants in the showpiece.

In an interview, the winner of the masters category Nsikak Etim, a graduate of the University of Lagos asserted that he was elated for emerging victorious against his colleagues which included African champions.

He explained that he won the championship with an hydrocarbon word “Neoprene” which according to him was the game clincher.

About 272 scrabble players across the country participated in five categories: Masters, Intermediate, Open, Schools and Veterans in the two day event which took place at the DSP Alamieyeseigha Banquet Hall, Yenagoa with winners going home with trophies and total cash prizes amounting to five million Naira.