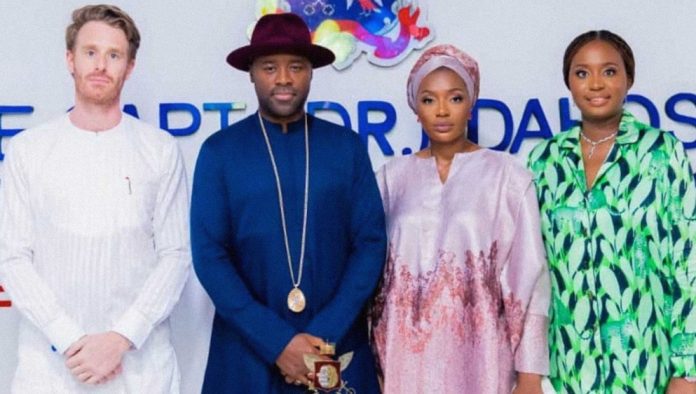 The centre is the first of its kind in the kingdom where orphaned and indigent children around Warri can explore the amazing world of STEM.

The facility was launched in memory of the queen’s late father, Captain Idahosa  and was officiated by founder of CleverMinds Foundation and administrator of the innovation centre, Zion Oshiobugie, who ushered in Ogiame Atuwatse III and Olori alongside other guests.

The displays at the innovation center included remote control and management of electronic devices, Warri-Tesla prototype and other laudable projects embarked upon by the children. They also rendered a song to honour the departed Idahosa, which left a good number of guests emotional.

Speaking at the Event the centre’s founder, Olori Atuwatse III, acknowledged her husband and visitors, she commended wives of the President and Delta State governor, Hajia Aisha Buhari and Dame Edith Okowa, on their initiatives geared at providing indigent children with qualitative education. She acknowledged that more still needed to be done.

She also lauded her siblings for their contributions to making the centre a reality.