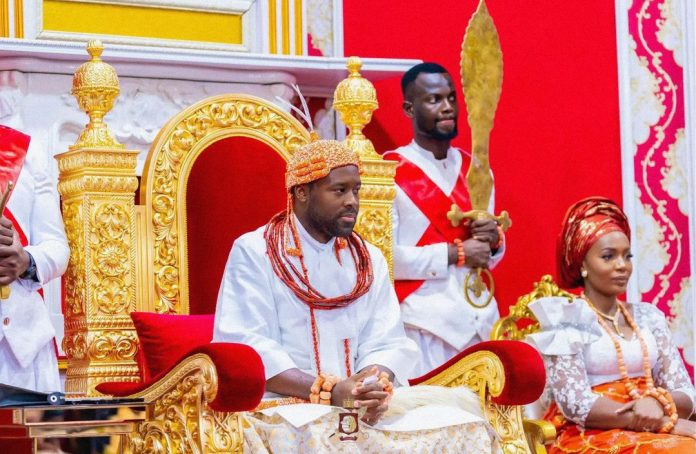 The Aghofe Ghigho (also known as the Palace Watch) is a type of ceremony organised to usher one of the indigenous Itsekiri community to keep watch over the Kingdom.

Speaking at the ceremony, Olu of Warri, Ogiame Atuwatse III, said the era when ethnic nationalities in three Warri councils clashed over differences is over, stressing that he would do everything to promote peace and inter ethnic harmony in Delta State.

The Monarch added; “We will enjoy peace in Warri. Never again will we clash over our differences. We will always come together, we will discuss, we will agree and we will be the better for it.”

He also intervened in the leadership crisis in Omadina community, saying: “I want to speak to Omadina community. First of all, thank you for coming out in large numbers. I want to use this as an opportunity to preach peace in your community.

“I want to remind you that you have a unique opportunity to start again in your community. Many people may feel a sense of entitlement, a sense of frustration, a sense of ‘it’s my turn,’ but I appeal to all of you to put away those sentiments. Omadina is too important a community in Warri Kingdom for there to be a division and fighting.”

The occasion also saw the unveil of a health insurance scheme for Iwereland.