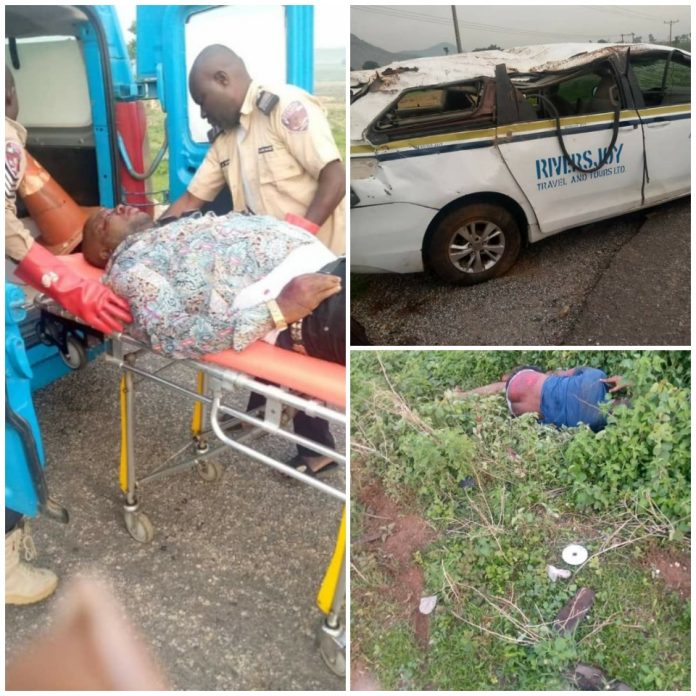 One person have reportedly died in a fatal auto crash involving members of Amaechi Vanguard while returning from the Presidential Primary of the All Progressives Congress.

Sources say the white Sienna car belonging to Rivers Joy which was conveying them from Abuja to Port Harcourt, was on high speed when the driver lost control and ran into a bush after the car had summersaulted three times.

The survivors which includes a chieftain of the party, Innocent Amadi have been reportedly hospitalized.

The leadership of the group and the Rivers APC are yet to react to the incident. 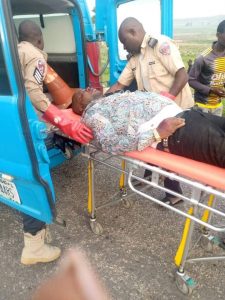 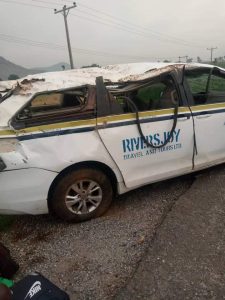