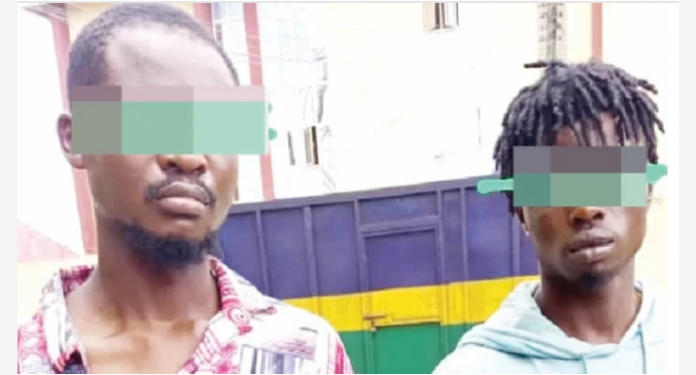 The Rivers State Police Command has arrested two armed robbery suspects who allegedly [email protected] a pregnant woman during one of their operations.

Spokesperson of the command, Grace Iringe-Koko, disclosed this in a statement on Monday, August 1, 2022.

The PPRO said the two suspects, Saviour Gbarale, 24, and Onyedikachi Uhala, 18, of Etche Street in Borikiri, Port Harcourt, were arrested by operatives of the C4i Intelligence Unit of the command.

“The suspects specialise in house breaking and have been linked to series of recent armed robberies in the Port Harcourt metropolis and its environs. Investigations also revealed that the suspects raped and sexually abused a pregnant woman in the cause of their nefarious operations.” she stated.