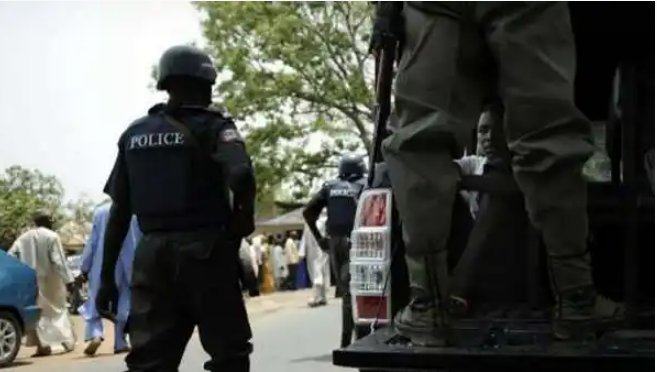 Operatives of the Special Weapons and Tactics Squad of the Police Command, Akwa Ibom State, led by Julian Igbudu, have gunned down a dreaded serial killer, one Malachi Uwem, and two of his gang members, Wisdom Akpan and Annansia Umoh.

The three criminals met their death in a gun battle  with the operatives, while one Ndifreke Ebong, also a member of the gang, was wounded in the gun battle.

A statement issued by the Command’s Public Relations Officer,Odiko Macson on Friday, titled ‘Game over for a notorious wanted murderer/ Armed robber, three gang members’ said they were traced to their hideouts at Ikang in Akpabuyo Local Government Area Of Cross River State and killed while trying to resist arrest.

According to the statement, items recovered include one cut-to-size pump action gun, one locally-made pistol, a large number of cartridges, and assorted charms.

It reads in part, “In the last six months, the residents of Use Ntuen, Okobo Ibiono and Ikot Ambang in Ibiono Ibom Local Government Area, Itu and Ikot Ekpene Local Government Areas of Akwa Ibom State and part of Uyo have lived in palpable fear of a dreaded serial killer and armed robber, one Malachi Friday Uwem ‘m’, 24years old.

“The said Malachi and his gang have killed over 15 persons and has left some of his victims permanently maimed, some presently in hospitals, while others are counting their losses from his barbaric robbery acts, which has led to the closing of many businesses, especially POS, in these places.”

“Operatives of Special Weapons And Tactics Squad of the Command led by CSP Julian Igbudu, traced the hoodlums to their hideouts at Ikang in Akpabuyo Local Government Area Of Cross River State. The said Malachi Friday Uwem, his second in command, Wisdom Sunday Akpan ( 31 years), Ndifreke Sunday Ebong (20 years), and Annansia Umoh (33 years) resisted arrest and engaged the operatives in a gun duel, and in the ensuing milieu, three of the gang members were fatally injured while attempting to escape.

Meanwhile, the Commissioner of Police in the state, Andrew Amiengheme, while congratulating SWAT operatives other tactical teams, warned, that the state can never be safe a haven for hoodlums as the command under his watch would continue to spare no resources in bringing perpetrators to book.