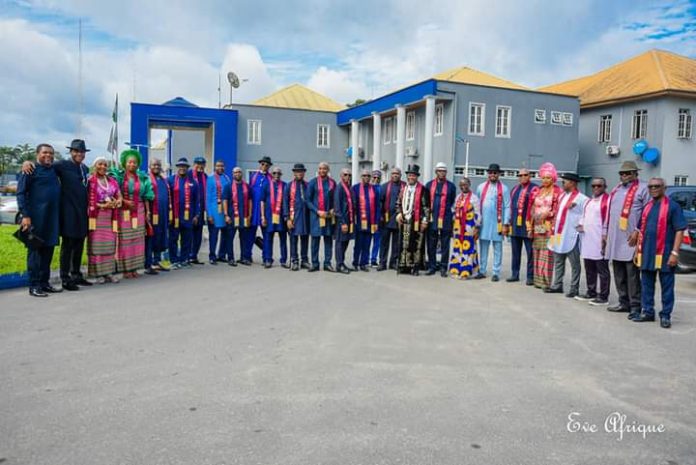 In their number, Members of the Social group Port Harcourt City One Love, commiserated with the family of late Alabo Tamunotenyim Omubo Graham-Douglas who was interred on Saturday 10 September 2022 in Abonnema Rivers State.

The Port Harcourt City One Love Family was conceived years ago in what will be regarded as sustaining one love, peace and unity in the hearts of those who were either born, schooled, resided or worked in Port Harcourt through the 50s to the 80s, reminiscing on their growing up years that were filled with love and laughter and the concern for each other’s wellbeing which was the over riding spirit in Port Harcourt in the days of yore when they were growing up. 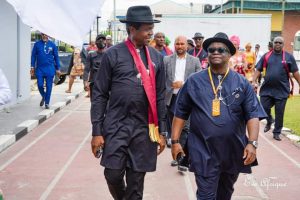 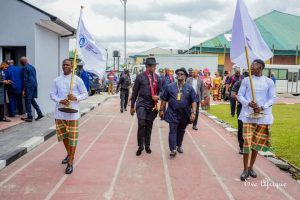 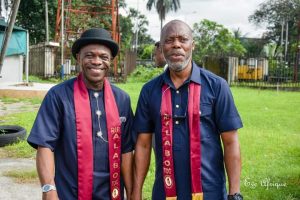 Not far-fetched from this enduring friendship, the Port Harcourt City men and women, including captains of industries, and Heads of organizations pay their last tribute to an Elder Statesman, late Alabo Tamunotenyim Omubo Graham-Douglas.

Late Alabo Graham-Douglas was born in May 8 1939 and passed away on 25 April 2022 in Abuja after a protracted illness.

Alabo T. O. Graham-Douglas was a renowned Political role model of uncommon savvy. In 1986 Alabo T. O. Graham-Douglas was appointed commissioner for Youth, Sports and Culture during the administration of Police Commissioner Fidelis Oyakhilome and was re-aappointed to the same ministry by Colonel Anthony Ukpo. Under his tenure, Alabo establish the Rivers State Sports Institute at Isaka, requested and hosted the 6th All Nigerian Sports Festival in Rivers State and Completed the Civic Centre Sports Complex and the Liberation Stadium, Which had hitherto been abandoned. He also conceptualised and produced the first Rivers State cultural carnival in 1988, tagged CARNIRIV ’88. 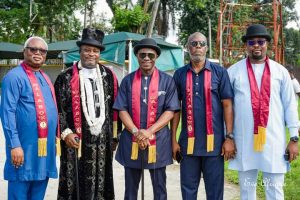 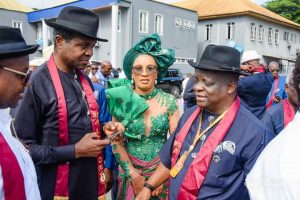 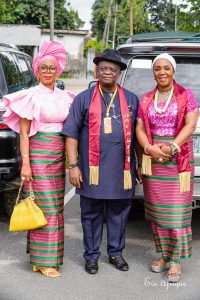 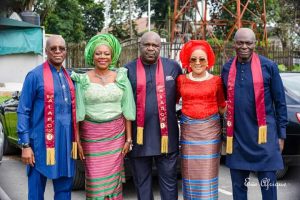 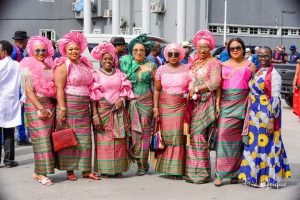 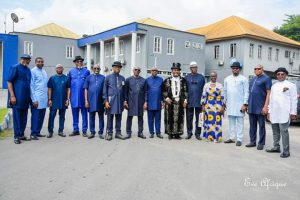 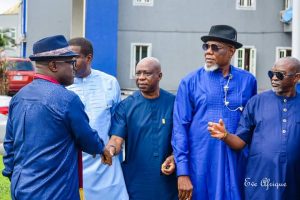 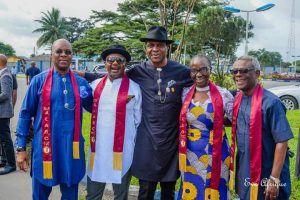 Alabo T. O. Graham-Douglas is survived by his wife Muriel, as well as his twelve children and grandchildren.

While speaking at the reception ceremony, the team lead of the Port Harcourt City One Love Family Ambassador Idaeregogo Ogan who is also the Chairman, Nigerian Midstream and Downstream Petroleum Regulatory Authority (NPRA) eulogised the leadership qualities of the deceased, said late Alabo Graham was a father, Uncle and an Elder statesman that stood out in his service to Rivers State and Nigeria at large.