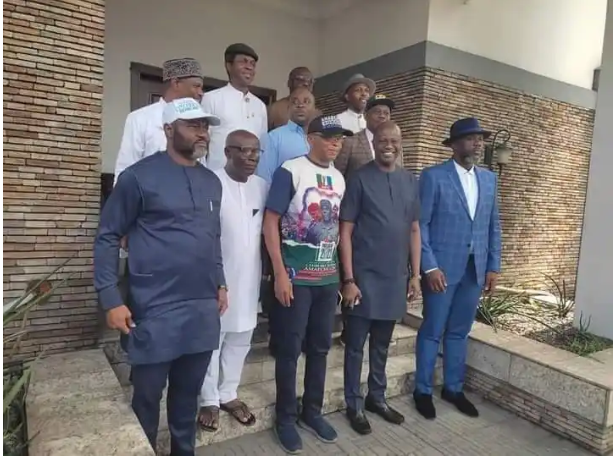 The All-Progressive Congress 2023 Governorship Aspirants in Rivers state have agreed to work in unity and support whoever emerges at the party primaries either by way of consensus or election as exemplified by the party leadership at the just concluded national convention.

As a way of respecting the party supremacy, the aspirants resolved that immediately a candidate emerges, all aspirants will put self and ego aside and collapse their various campaign structures into the party structure to support the flag to win the 2023 elections for APC in Rivers State.

“The Progressive Aspirants Forum call on Rivers people and residents to get their PVCs ready to vote for all APC candidates at all levels to emerge victorious in the 2023 elections.

The Progressive Aspirants agreed to consult stakeholders, elder statesmen, opinion leaders and key politicians in the state to support power rotation to the Riverine-Ijaw come 2023asa way of ensuring equity, justice and fairness in the distribution of political offices.

The Progressive Aspirants also affirmed their unalloyed loyalty to the President of the Federal Republic of Nigeria, His Excellency, Muhammadu Buhari GCFR, and our leader, the Minister of Transportation, Rt. Hon. Chibuike Rotimi Amaechi, and commend him for his courage to declare his interest to run for the office of President in the 2023 elections.

Tolofari also resolved to consult other Stakeholders, elder Statesman, opinion leaders and key politicians in the state to support power rotation to the Riverine-Ijaw come 2023 as a way of ensuring equity, justice and fairness in the distribution of political offices.

The APC Governorship Aspirants endorsed and reaffirmed the communique read by the convener.