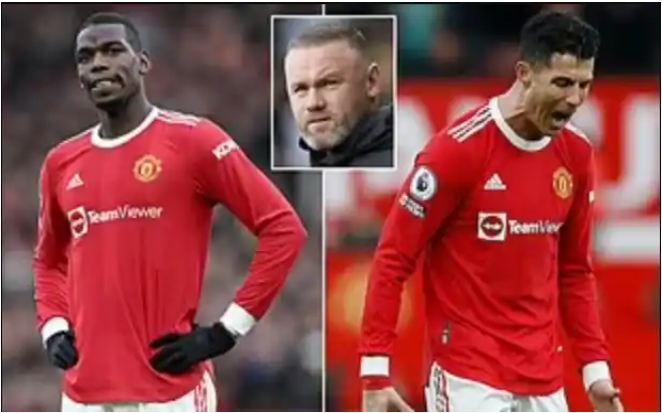 Pogba departed Old Trafford in 2012 as a teenager before returning to the club three years later. The French star has been unable to turn things around for his club, and Rooney believes the Frenchman should start looking for a new club when his contract expires in June.

‘I think it’s probably got to a point where it probably is better for him to move on,’ Rooney told Sky Sports.

‘I think if Paul is honest with himself, he probably hasn’t had the impact he would have liked since he returned to Manchester United.

‘I watch him play for France, and it’s a completely different player. The ability, his vision, control of the game is there every game for France. It just hasn’t quite worked at Manchester United for him.’

Meanwhile, Cristiano Ronaldo is also back at United for his second spell at the club, having rejoined from Juventus last summer.

Speaking on Ronaldo’s impact since he returned to England, Rooney admitted that the move is actually a bad move.

‘You’d have to say no,’ Rooney said, when asked if Ronaldo coming back to the Premier League had benefitted United.

‘He’s scored, he’s scored important goals in the Champions League games early on in the season. He scored the hat-trick against Tottenham. ‘But I think if you’re looking to the future of the club, you have to go with younger, hungry players to do their best to lift Manchester United over these next two or three years.’