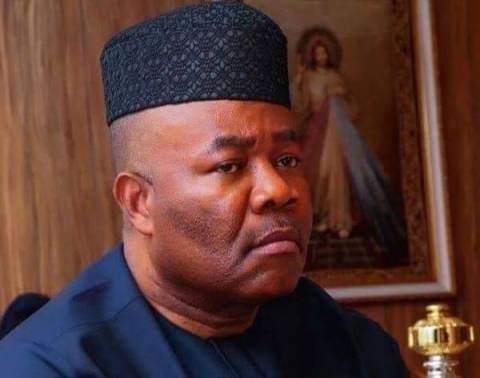 It was learnt that the former Minister for Niger Delta Affair clinched the party’s ticket during a re-run primary conducted on Thursday night June 9, 2022 at the Godswill Akpabio Empowerment Centre in Ikot Ekpene local government area.

The initial primary conducted on May 28, 2022, for the senatorial district was nullified following security infractions during the exercise.

Akpabio polled a total of 478 votes out of the 512 delegates accreditated for the exercise.

Meanwhile other Aspirants, Sir Joseph Akpan scored only one vote and the former Deputy Inspector General of Police Ekpoudom who initially won the first primary this time scored three votes.