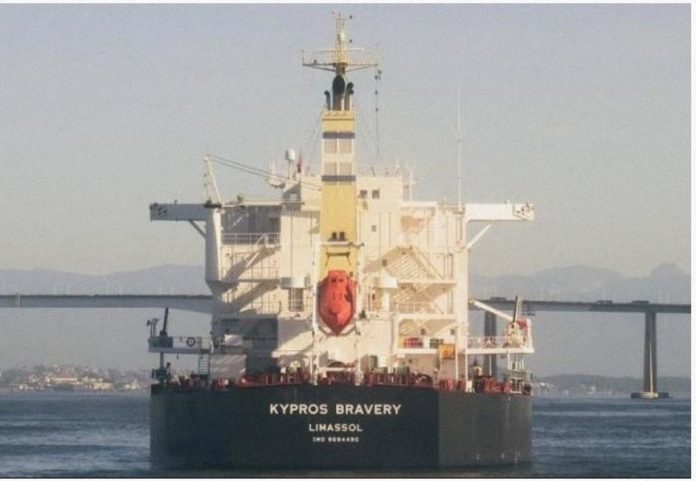 Authorities in Austrlia have arrested four crew members from the Cyprus-registerd bulk carrier Kypros Bravery after seizing 416 kilograms of cocaine, or about 917 pounds with worth estimated $166 million Australian dollars.

The investigation was carried out by the Australian Federal Police (AFP) with assistance from the Australian Border Force (ABF), South Australia Police (SAPOL), Australian Criminal Intelligence Commission (ACIC) and the Department of Home Affair.

The four men, aged between 29 and 44, could be facing a life sentence having been charged with importation of a commercial quantity of border controlled drugs, namely cocaine.