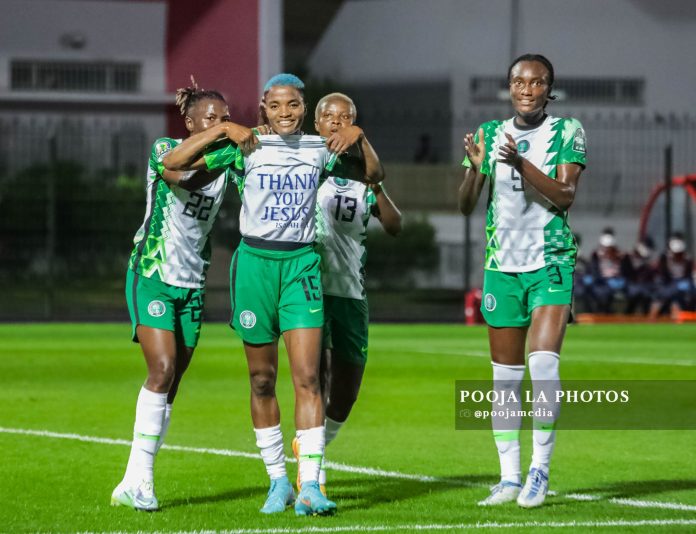 The Super Falcons of Nigeria have qualified for the quarter finals of the Women’s Africa Cup of Nations after defeating their Opponent beating 4-0 Burundi.

The Super Falcons put up a dominant display on Sunday with three first half goals and one more in the second 45 minutes.

That opening goal was all Nigeria needed to rattle the Swallows as they conceded a second goal just three minutes after conceding the first. Peace Efih put the ball in the net to make it 2-0 as she benefitted from an assist from the in-form Ajibade.

The opening goal was all Nigeria needed to rattle the Swallows as a second goal came right in time by Peace Efih with an assist from the in-form Ajibade.

Spectators had barely caught their breath when Uchenna Kanu poked the ball to the empty net to make it 3-0 just before the half-hour mark off another assist from Ajibade.

At the second half they settled for a 4-0 with another goal from Kanu just after the restart which saw them qualify for the quarter-final as the runners-up in Group C.