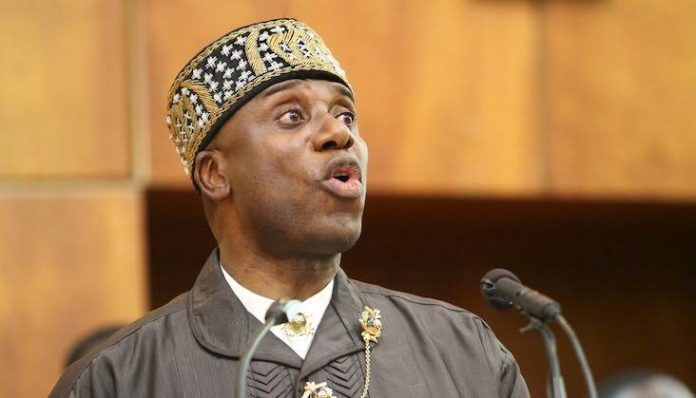 In a Judgement prepared by Justice Emmanuel Augie but read by Justice Adamu Jairo, Supreme Court declined the suit seeking to stop the planned probe of N96 billion fraud allegedly involving the former Minister of Transportation, Rotimi Amaechi, during his time as the Rivers State Governor.

The incumbent Governor Nyesom Wike had constituted a seven-man probe panel to probe Amaechi over the sale of assets. Wike asked the panel to look into the lawful or otherwise, sales of valuable assets of the state.

The apex court held that Amaechi’s appeal was without merit and awarded N1million cost against him.