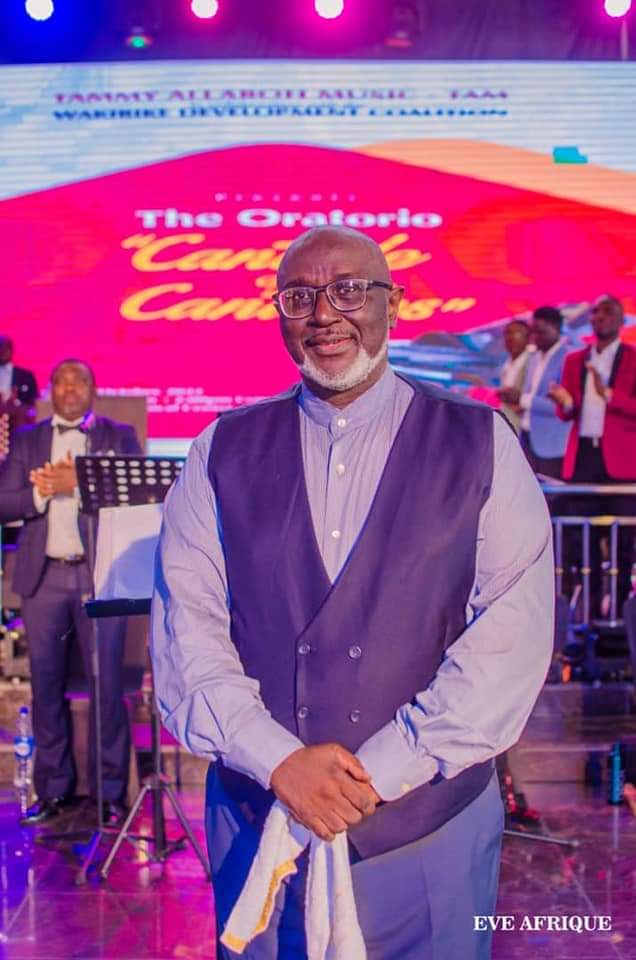 Tammy Allaboh music and the Wakirike Development Coalition hosted the premier of the oratorio “canticle of canticles “ composed and conducted by Maestro Tammy Harmony Allaboh at the Rivers State Ecumenical Center on the 1st of October 2022.

Port Harcourt was literally on a standstill for the great and outstanding classical music event with over (150) one hundred and fifty seasoned voices and 3 prime soloists in the classical music arena of Nigeria, namely:Amanda Tebowei (soprano), Bapakaye Daminabo (Alto) and Kaka Chukwu (Tenor). 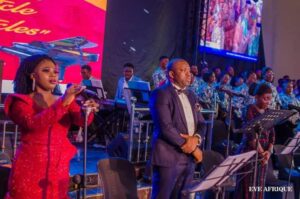 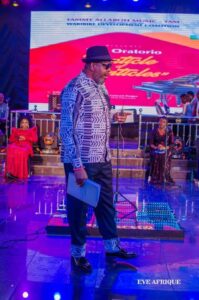 The musical expression of “song of songs” or “canticle of canticles “ tells the story in the classical music genre in the form of an Oratorio for 3 solos : ( soprano-the bride { the body of Christ } , Alto – Herald , and Tenor -Christ the groom ) and the Anthems and the chorales for choir.

The “ Canticle of Canticles “ is an oratorio drawn from the book of Song of Songs in a concert titled “ Guitar for Guns “ composed by Maestro Tammy Harmony Allaboh. 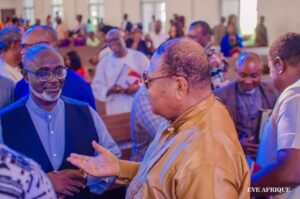 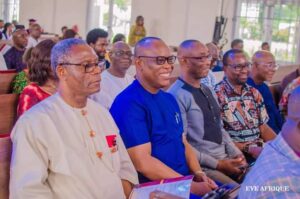 Interestingly , Tammy Allaboh is not just a composer but also a very able and efficient conductor, expressive pianist/organist and a distinguished singer – Tenor to be precise. Tammy Allaboh is a symbol of classical music goodness , a true and world class tenor with a large repertoire. He has brought some of the best music in classical genre with emphasis on Romantic Era .

He is also a patron of several Choral Groups, a Veteran of many command both in local and foreign performances. Tammy Allaboh has taught , supported , encouraged and mentored not just choral groups but also many singers and instrumentalists in Nigeria and beyond. 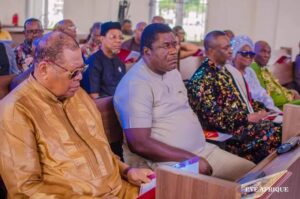 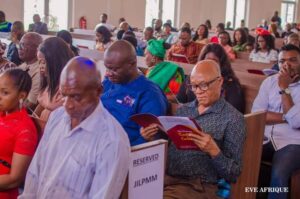 While speaking at the event Tammy Allaboh explained how the canticle of canticles started. He said “the story of “canticle of canticles “ started with a cursory glance at a Biblical Book that amused him more than it inspired him . But then he said he started to feel and realize the depth of their pertinence and meaning and that was when he decided he would write music to the words of the book – “ Song of Songs or Canticle of Canticles “ attributed to king Solomon.

“Each song had its distinctive flavor . Each song was designed to supply and commingle the ingredients to the words to give it the flavor intended by the Librettist.
He also talked about how music was a gift and not something he learnt or mastered. 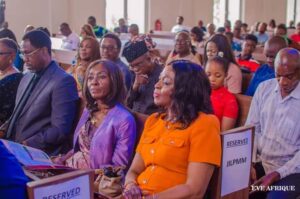 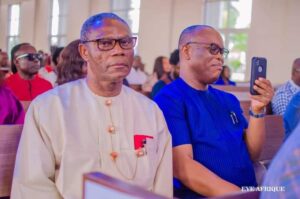 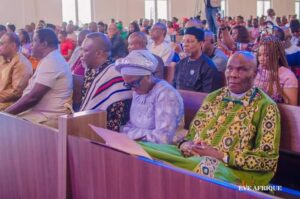 “Nevertheless, I remain eternally grateful to God and return all the Glory to my Lord and savior Jesus Christ , especially in the light of the fact that I have no credentials to support my intercourse with music. I merely write the notes I hear in my head and see before my inner eyes .

“Therefore I am even more humbled by the inspiration that is a gift from God and not a product of mastery .
I have neither cravings for recognition nor appetite for fame . But if one song could touch one soul in true worship , then would I rejoice in the privilege bestowed on me by God,” he said.

He also thanked guests, friends and family for the show of support. 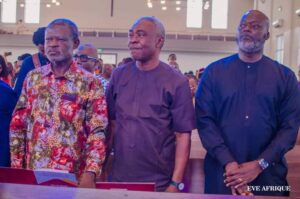 Meanwhile, awards were also presented to some individuals in recognition for their love and support towards choral music.

Some of his notable works are the :
⁃ “The Greatest Love Story “ ( An Easter Cantata)
⁃ “The Love of God “ ( A Christmas Oratorio)
⁃ “The Invocation “ – Redemption through Love ( An Oratorio)
⁃ “Occasional Arias “ ( A Collection of Miscellaneous Arias)
⁃ Opus TA1 – Rukamala : The Niger Crossing
⁃ “ Hymns of Worship “ ( A Collection of Original Hymns for Worship ) and ;
⁃ “Canticle of Canticles “ ( An Oratorio based on the Biblical Book – Song of Songs or Canticle of Canticles ).