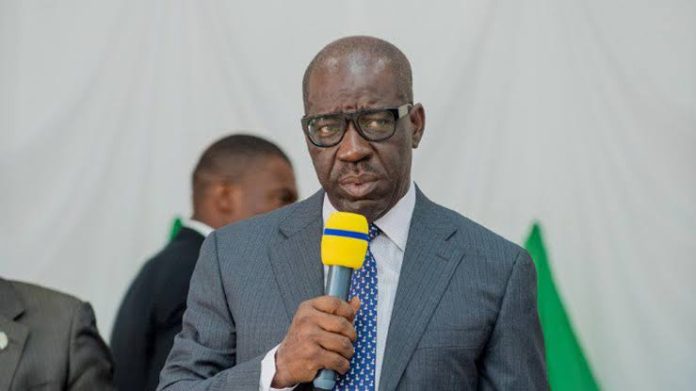 Edo State Governor, Godwin Obaseki, has said that the National Assembly has missed a golden opportunity to redesign Nigeria’s political landscape by rejecting the gender bills

On Tuesday March 2nd, 2022, the National Assembly rejected all women-related bills including the one seeking to give at least ten slots to women as ministers and commissioners in the federal and state governments.

Reacting to this act by NASS on Thursday 3rd, 2022 Obaseki said the rejection of the bills is heartbreaking and regrettable.

“It is heartbreaking that the National Assembly members missed a golden opportunity to redesign Nigeria’s political landscape by enshrining landmark legislation that promotes inclusion and provides women with the legal backing to gain equitable representation at the apex level of lawmaking and political participation.

“This is because the legislature is the bastion of democracy and a critical platform for fair representation and inclusion in government,” the governor said

He added “Edo people hope that their own representatives at the National Assembly did not vote along the lines of disenfranchising their women population because to do so will mean that they do not care about those who sent them to represent them at the Assembly.