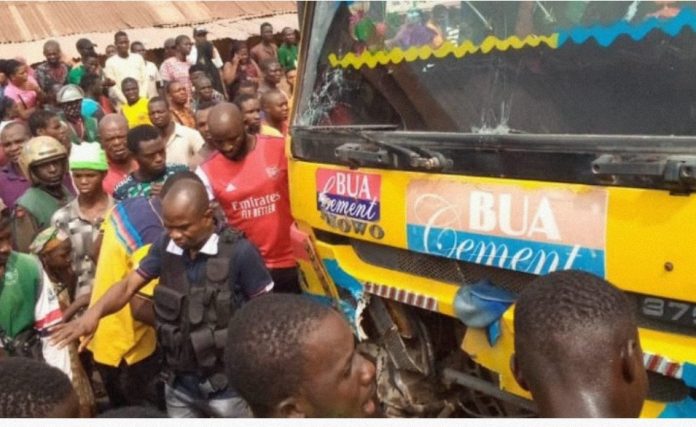 In early hours of Wednesday, March 9,2022, in the northern Edo town of Auchi, Etsako West Local Government area, a truck conveying cement crashed into several shops in the city centre.

21 persons have been confirmed dead as a result of the devastation caused by the trailer.

several persons who were injured in the morning fatal auto crash have been rushed to different hospitals in Auchi and neighbouring Jattu for treatment.